Local centenarian has seen a lot in her life 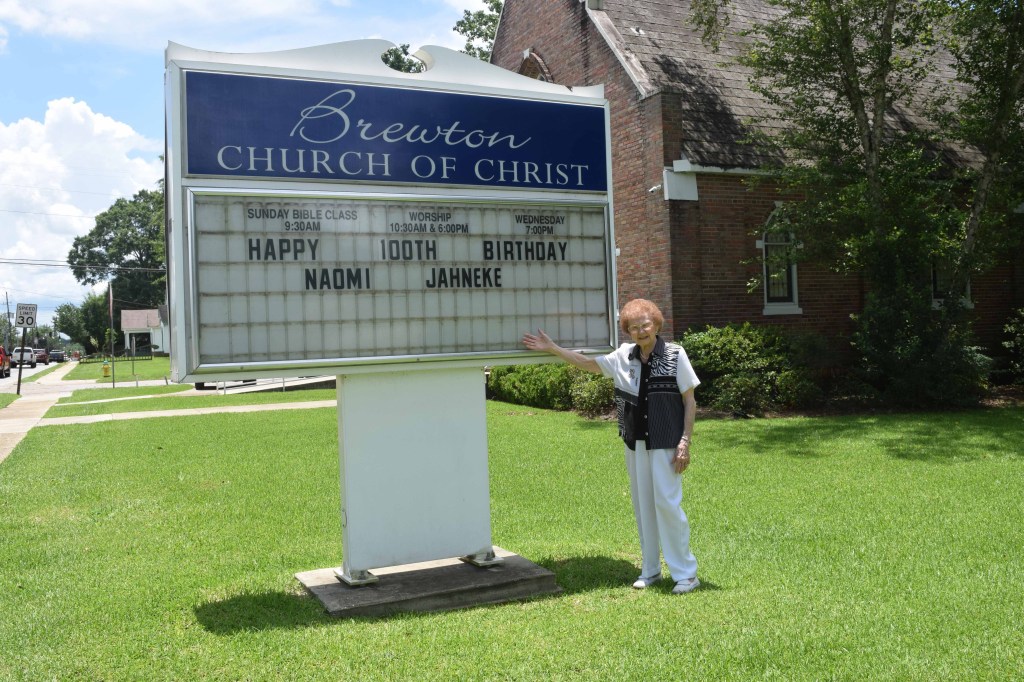 Naomi Jahneke has seen a lot in her lifetime.

Aircraft was first used in war by the United States, the torque wrench was invented, clothing brand Dickies was founded and the Hertz Corp., was also founded. The US airmail service began. Germany signed an armistice ending World War II and Moscow became the capital of Russia. Woodrow Wilson was president.

The Red Sox defeated the Cubs in the World Series.

She grew up in West Tennessee on a farm, and had seven siblings.

“We had a wood fireplace for our whole house,” she said. “We had some bad times, but we lived through them. Cotton was our main crop. I picked cotton. I could pick 150 and my sisters could get 200. We grew up picking cotton.”

In 1940, she married Roy Peterson, a truck driver.

“I didn’t pick cotton anymore,” she quipped. “He had three children when I married him. So, I stayed home and kept house, washed ironed and cooked.”

Jahneke said she also had the opportunity to see the Liberty Bell on a trip on the truck with her husband, and we out west and up the eastern seaboard.

“He was a belated Christmas present,” she said.

Jahneke moved to Summerdale in 1964.

“We came to Foley/ Summerdale to work a potato shed with my step son,” she said. “Back then, there were potato sheds along the railroad. We would buy and sell potatoes, corn, whatever. My husband helped run it and my daughter-in-law and I worked in the office.”

She married Edward Jahneke in 2000, she said.

Miss Naomi said she’s seen a lot in her 100 years.

Jahneke lived through the Great Depression, saw electricity come to fruition and much more, she said. She’s lived through 18 presidents, as well.

“The biggest change was electricity,” she said. “We were able to have lights, stoves and electric irons. That was much better. Telephones and cellphones have changed, too.”

“I enjoy Brewton,” she said.

Most of her time this days are spent at the East Brewton Senior Sales Center.