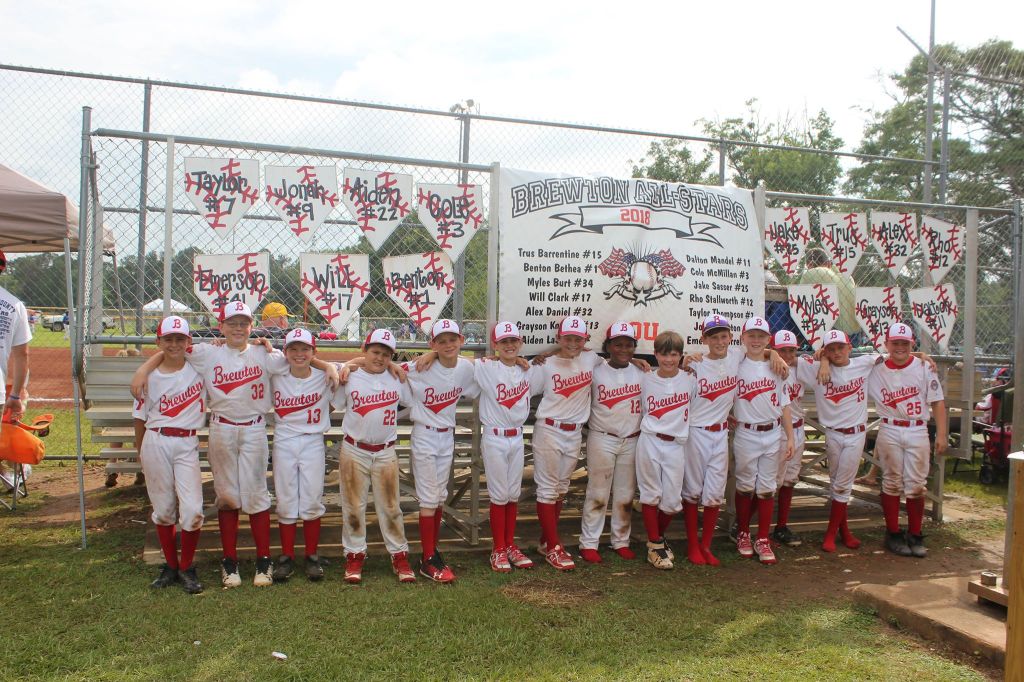 The Brewton team, coached by Rigby McMillan, defeated East Brewton 8-3 in its opening game, then won 10-6 in the winner’s bracket final against Opp before completing the sweep in the championship game with a 9-6 victory, also over Opp.

“We are just really proud of these boys,” said McMillan after the win. “They’ve worked hard for a long time. We had a dream a year ago to be here and accomplish this championship. The kids and their families bought in and did everything they needed to do to make this happen.

“You look up and down our lineup and everybody did something to help us win,” he said. “Opp is a great baseball team and this was the kind of game that people who came to watch will remember for a long time. There was great defense, great pitching, and clutch hits from both teams. This game had it all.

“But what I’m most proud of is that in both Opp games, Opp put pressure on us and we didn’t flinch. Our guys just locked in and did what we knew they could do. Our guys rose to the challenge and won the town of Brewton another championship. Our community should be awful proud of these young men.”

By winning, the Brewton team, which pounded out 27 hits in its three games, earned its place in the 20-team Cal Ripken 10U Alabama State Tournament in Childersburg beginning Thursday, June 28.

In the championship game the game was tied 6-6 in the fifth inning. Consecutive one-out walks loaded the bases as the top of the Opp order came to the plate. McMillan called on second baseman Jonah Winton to come in and try to stop the rally. Winton responded by coaxing an infield fly and a ground ball out on three pitches to keep Opp out of the scoring column.

In the top of the sixth, Dalton Mandel, who wielded on of the hottest bats in the tournament, blasted his second double of the game to plate two runs and cap a three-run rally to give Brewton a 9-6 lead. Mandel had six hits over the two games against Opp and batted .636 for the tournament.

With the three-run lead in hand, Winton still had to navigate the power of Opp’s lineup. After yielding a leadoff walk, he got the next batter to fly out to right fielder Taylor Thompson, then struck out the No. 4 batter. With two outs, and two strikes on the next hitter, a passed ball went to the backstop and the runner tried to score from third. Members of the Brewton 10U All-Star team include Benton Bethea, Trusten Barrentine, Myles Burt, Will Clark, Alex Daniel, Grayson Knowles, Dalton Mandel, Cole McMillan, Jake Sasser, Rho Stallworth, Taylor Thompson, Jonah Winton and Emerson Worrell. Brewton is coached by Rigby McMillan, Matt Barrentine, Matt Sasser and Randy Winton.