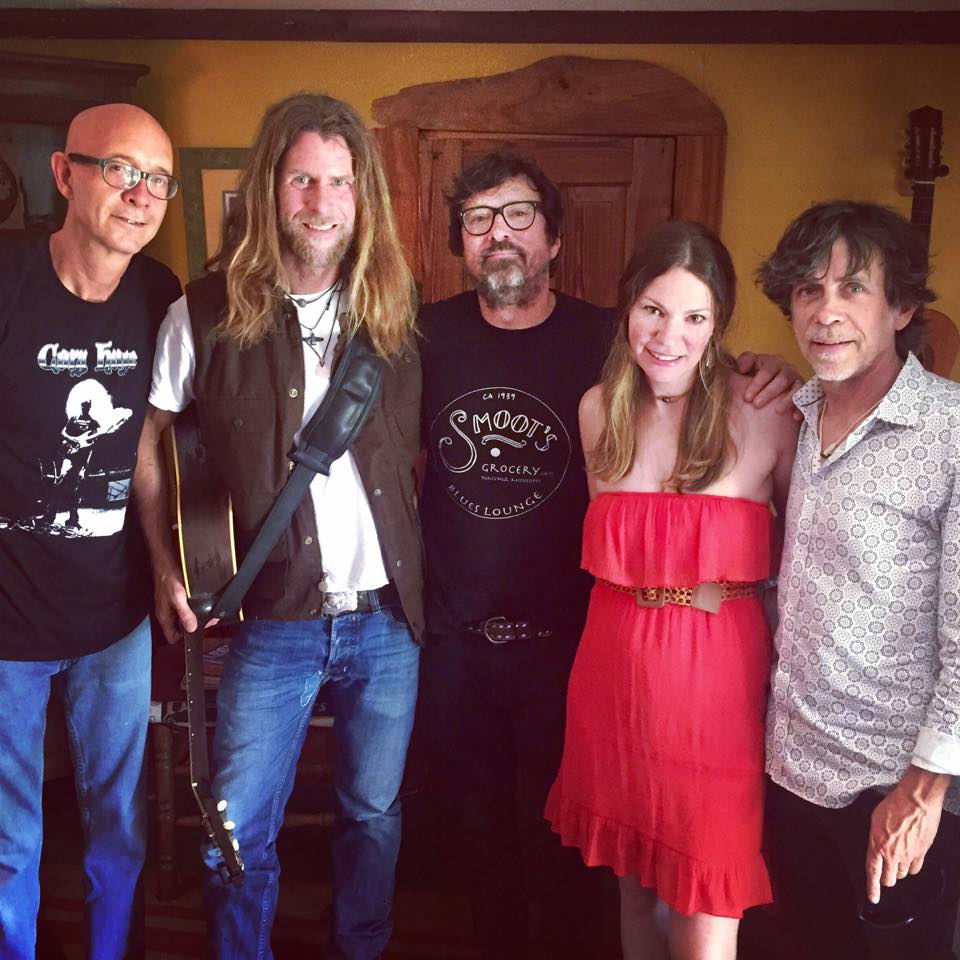 “Crosby Stills and Nash meets Hank Williams,” is how Capps describes the sound.

Capps and Corky Hughes, who have often performed in Brewton at The Oaks, work with Will Kimbrough and Anthony Crawford and Savana Lee of Sugarcane Jane to form the group.  Willie Sugarcapps will kick off July Jamz, a free summer concert series on the lawn of Springdale in downtown Andalusia now in its fourth year.

The group has been collaborating for several years, and two years ago released their second album “Paradise Right Here.”

Capps once described the group as “a vacation from your solo career.”

“It’s been great,” Capps said of the effort. “It’s so relaxing to be a sideman, to know you can front a song and be the lead singer. Then I get to be a background player and a background singer. There’s a lot less pressure when you’re not the focus.”

The musicians are all from South Alabama, and met at The Frog Pond at Blue Moon Farms, a fall concert series in Silverhill. A promoter put them together, and soon they were singing four-part harmony, even they they’d never played together before.

It’s been inspiring, Capps said, to watch other artists work in close proximity.

“You see the part of like ‘I can ever write another song again’ to ‘Wow, I wrote five songs today.’ ”

For Capps, songwriting begins in a sense of place, and that place is often Brewton.

“I usually gravitate with writing more toward places I know,” he said. “I know Brewton, Alabama, from the perspective of childhood. It’s very poignant, because the first sensory memories are powerful.”

For Capps, those include Burnt Corn Creek, the 1970s-style Big Wheel with brakes, and fishing in the Conecuh River.

“My granddaddy ran a general store, and I remember a few times he would break open a thermometer and let me play with the mercury,” he said. “You wouldn’t be caught wearing a bicycle helmet. Evil Kneivel was big, and most everybody had something broken from jumping ditches.”

Life included football, basketball, and baseball, according to the season.

The family moved away when Capps was a seventh grader. In high school, he began playing music.

“I was exposed to it a lot on Belleville Avenue where I lived,” he said. “The 1960s hit Alabama in the 70s. My parents were kind of hippies. They liked to recite poetry, play records, sing and do plays. Bobby Long and Fred Stokes were part of the group. It was typical for them to be carrying on until the sun came up on weekends.”

The gatherings described were depicted in the 2004 film “Love Song for Bobby Long” starring John Travolta and Scarlett Johansson, and based on a book by Capps’ father, Ronald Everette Capps. Grayson Capps recorded the soundtrack, and wrote many of its songs.

“I just gravitated toward music,” he said. “It seems magical.”

In addition to music, July Jamz features food vendors, and a foam machine to keep children cool and entertained. This year, the venue added showers so parents can get kids cleaned up before putting them in the car, and a listening tent near the edge of the venue for those who have mobility issues.

Gates open at 5:30, and music begins at 6. Former “Voice” candidate Charity Bowden will open for Willie Sugarcapps. Foam Frenzy cranks up around 7.