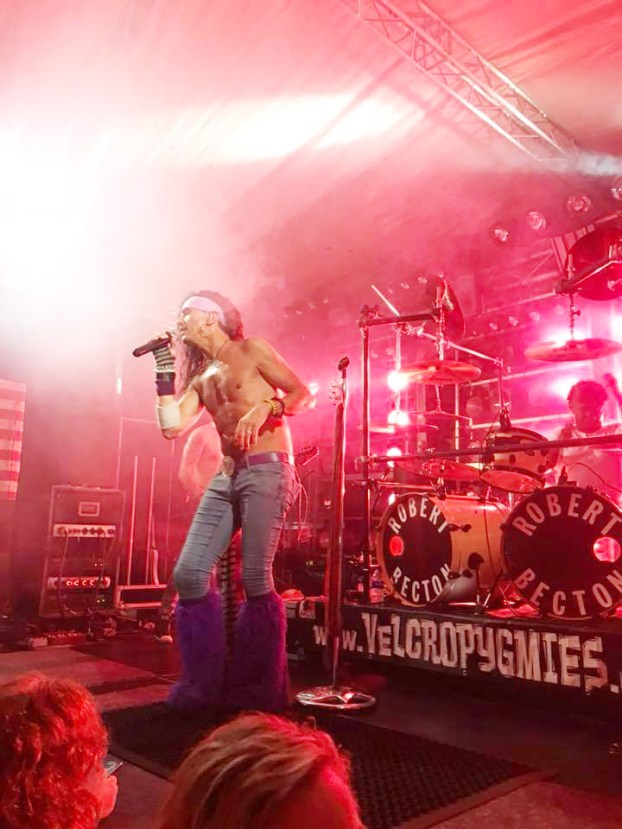 People from all around flocked to Brewton for the 2018 Dash Bash celebration held at O’Bannon Park.

The event featured cake walks, dunking booth and more during the day.

At night, it turned into a party featuring Love is War and the Velcro Pygmies.

The event was organized by David Jennings and Ken James of Bossman Productions in celebration of the donors, hunters and supporters of April’s Dash4Cash.

“It was an amazing day/ night for our community,” Jennings said. “It don’t matter what your race, religion, political affiliation, etc., was we just enjoyed each other through fellowship, laughing, singing and dancing.”

Jennings said it was a day of family fun and fun was had by all in attendance.

“There were no incidents of bad behavior and it was just easy,” he said. “It is what we can be and should be as a community. I was proud and happy for all of us. We do live in the greatest community in the world.”

Jennings said the event would not have been possible without the sponsors.

“His efforts made the day much more enjoyable for those in attendance.”

“It was a great night and wonderful to see people from all walks of life enjoying an event, sharing stories and just celebrating each other,” the mayor said. “ I commend Ken James, David Jennings and all the others who helped organize the event and the sponsors who helped make it a reality. The City of Brewton is proud to have been a part of it. I can hardly wait to see what the Drive Time family has in store next! I have to agree with them that we live in the greatest community in the world, and you can see proof of that every day.”

There is more than just coming to football practice everyday, running a few plays, and working out. It depends on... read more