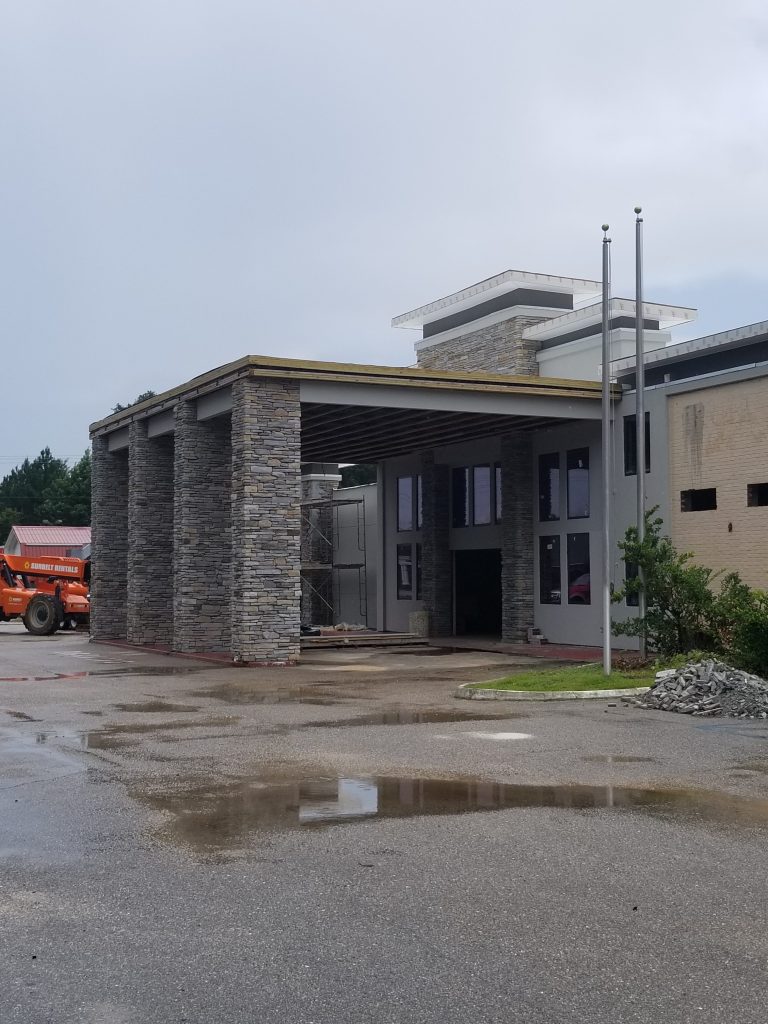 It won’t be long until Brewton’s new hotel is up and open for business.

Raj Parmar, owner, said, “Our completion date will be around November give or take, depending on variables such as weather, contractors, materials and etc.”

Major outside renovation is completed or nearly completed such as the roof, windows, canopy, and elevator. “We will be focusing on the inside renovation overhaul very soon including electrical, plumbing and framing,” Parmar said.

The hotel is located on Douglas Avenue across from Regions Bank.

Parmer said they will announce the branding of the hotel at a later date.

Their contract prohibits them from announcing that yet.

The new hotel was announced in January of 2015.