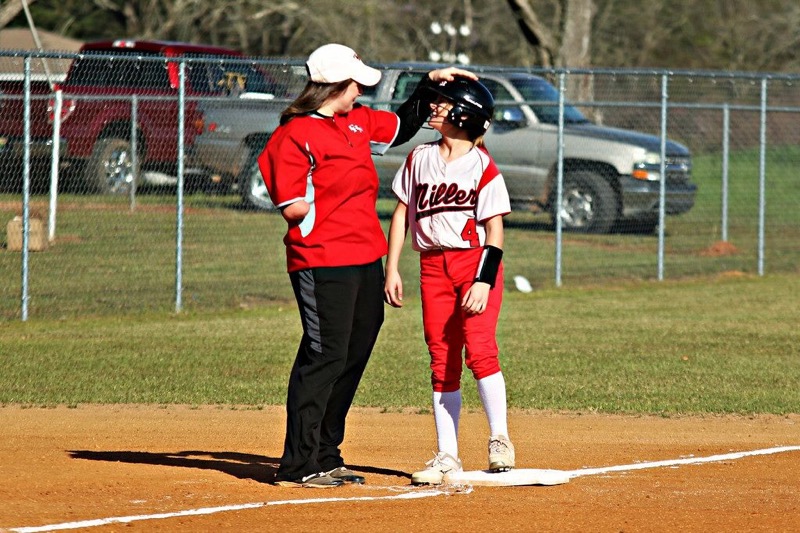 Lynch lives in Milton, and has been in Brewton for three years. She is going into her second season coaching and her third year teaching.

She teaches physical education at Brewton Elementary School. She is a 2010 graduate of Weaver High School and a graduate of Jacksonville State University, where she earned her bachelor’s degree in physical education. She is the assistant volleyball coach. She also played basketball and have a lot of travel ball experience.

“I’m just grateful for this opportunity, It’s always been a dream and I’m ready to coach the young talent we have coming up,” Lynch said.

Chris Baker was the head coach and Lynch had worked along side of him with his time at TRM. “I learned a lot from him knowing how to handle parent meetings, getting uniforms and other important things behind the scene,” she said.

Lynch and the softball team finished wrapping up their softball summer camp Thursday. Lynch said, “We have a good group of players despite us losing some in Myra Reiss, Steely Ruzic and Mary Madison Brown. These girls were leaders to the younger girls and now it’s up to them to step up and take on the role as a leader for the team.”

Baker said, “It was a no brainer, she is absolutely the best choice for the job. I told the girls when I left, that I felt she was the only logical choice. She is ready to take over the program and was a key part of our success. I am super happy for her and can’t wait to see where she leads the program. I’m glad the administration was able to make a solid decision to give her the job. You never know how these things go. In this instance, I believe it was a home run hire.”

Lynch said, “I’m just thankful for the opportunity, thankful that they trust me over this winning program and being able to lead the TRM softball team.”