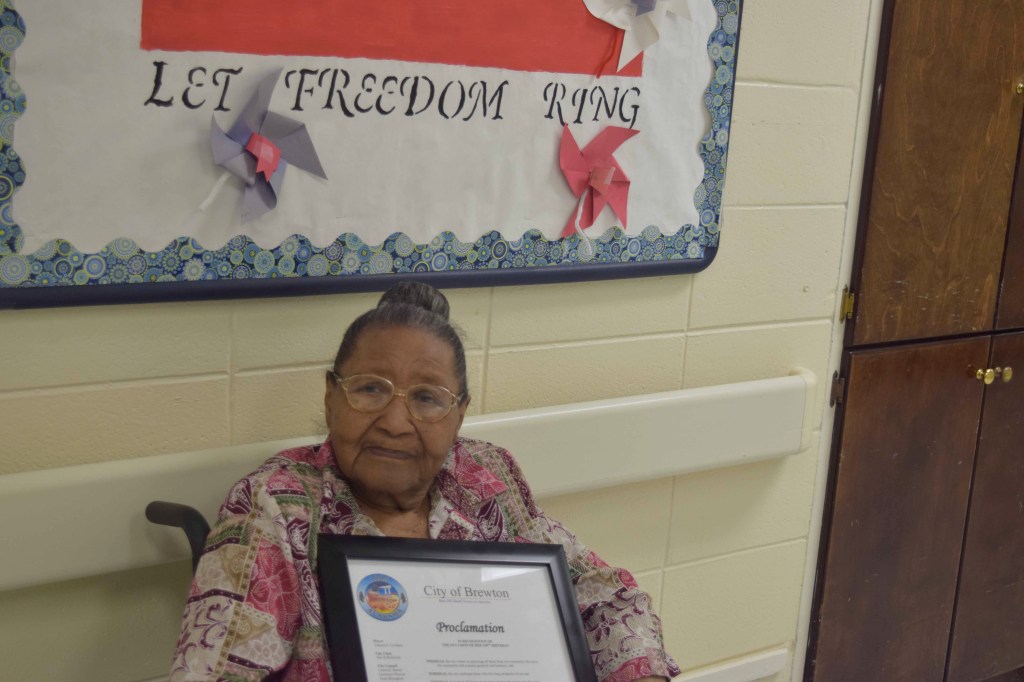 While our nation celebrates its independence on July 4, a local resident will also celebrate her birthday.

Katie Ruth White of Brewton is 100 years old today. She and her family celebrated the event with a fish fry on Fri., June 29, a dinner at Camp 31 on Sat., June 30, and cake and ice cream on Sunday.

The City of Brewton presented her with a proclamation on turning 100 years old. Children, grandchildren and great, grandchildren were on hand to wish Ms. Katie a happy birthday.

She was born in Monroe County and moved to Brewton when she married John L. White. He worked for many years at Roberts Ford (gone now) while she cooked for the Stokes family and helped to raise the children.

“The children were my children too. I helped to raise them and they still come by to check on me.”

At the same time, she raised five children of her own, Linstine, John T., Elizabeth, Robert and Kathy.

She has spent the past month in West Gate Village, but she plans on returning home later in the week when her daughter moves back home to take care of her.