Brewton 15U fall to Tallassee in state tournament 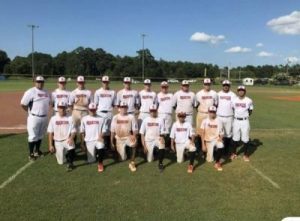 Brewton 15U all-stars coached by Roberto Flores, Dwayne Ingram and Micah Flores had a great run as the team season ended Sunday with the all-stars falling short to Tallassee all-stars.

Flores said, “I am very proud of this 15U baseball team and honored to be coaching them. They are a very talented group that is fundamentally sound and that will only get better with time. They won their district and played some good baseball at the state tournament, and they represented our community well on and off the field. I am excited and can’t wait to see what the future holds for these young men.”