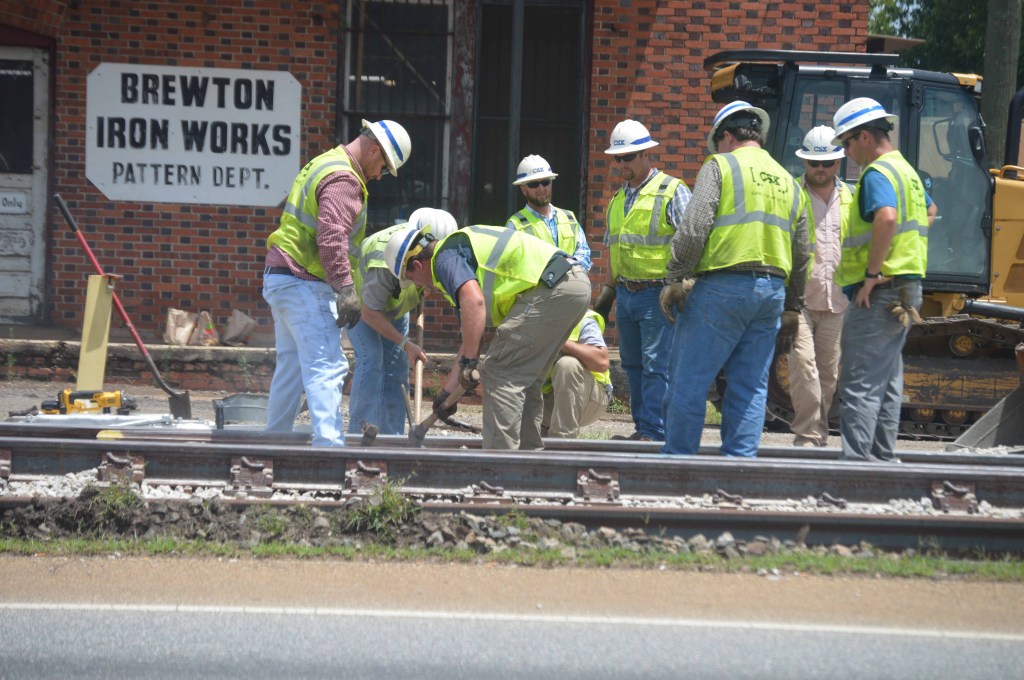 Construction is going on in three main arteries in Brewton.

Brewton Mayor Yank Lovelace said Monday that CSX is replacing the crossings in downtown, beginning with the intersection at Hwys. 31 and 41.

That intersection as well as the Lee Street is closed to traffic.

Trucks must use the Deer Street detour to get to East Brewton.

Lovelace said it will be a three-day project for each crossing.

Additionally, major paving projects are under way on Evergreen Avenue and the cross streets attached to the street, as well as Sowell Road.

“We are wrestling with the concrete and asphalt on Evergreen,” Lovelace said. “They are boring it out and it is different thicknesses.”

Lovelace said that residents along Evergreen may experience some annoyances coming and going from their driveways until the street paving is completed.

Some of the driveways have four inches of asphalt covering the concrete while others have less than that.

Those residents whose driveways have the higher amount of asphalt will have a gap between their driveway and the street until the project is completed.

“It’s a big inconvenience for a little while,” Lovelace said.

Roads Inc. plans to begin milling and paving work on Evergreen Avenue on Monday July 23, and should complete the work in two weeks.. During the construction period, there may be short periods of time that access to property along the Street may be limited. The contractor will make every effort possible to prevent any inconveniences.

After the paving is completed, there will be additional work required to match the Street to all driveways. This may take approximately three weeks to complete.

Russell Holland, an engineer for Southern Engineering Solutions of Andalusia, the engineering firm tasked with the major paving project on Sowell Road gave an update at Monday’s council meeting.

“This is a very large project,” he said. “It’s a resurfacing and drainage project.”

Additionally sidewalks will also be replaced along Sowell Road.

Holland said they are in the first phase which is replacing inlet tops and boxes.

They will also fix the valley gutters so that the road does not narrow.

“It’s a fairly lengthy project,” he said. “We will have some traffic and transportation issues.”