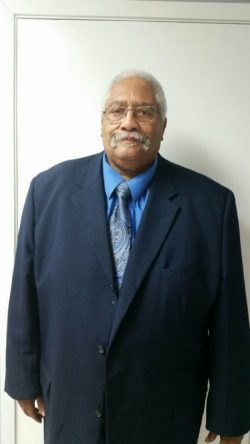 Pastor Blue honored for 46 years in ministry at local church

Pastor Willie Blue of Brewton celebrated his 46th Pastor anniversary at the Second Saint Siloam Missionary Baptist this past Sunday.

Blue was an associate and assistant Pastor for 15 years before becoming a pastor in November 1987. He became a Pastor a year after he was elected.

“Some special highlights through my time pastoring thus far will be in 2010 where we celebrated at Centennial in Brewton for my Pastor Anniversary and we erected a historical monument from the state,” Pastor Blue said.

The program was at 11 a.m., open to the public and food was served immediately after service.

“It is an honor to be a member of the Second St.Siloam Missionary Baptist Church, where Pastor Blue is my Pastor,” Michael Floyd said. “He is an icon to the city of Brewton and Escambia County. “He has been a huge impact and inspiration on my life, my family and he is a man who doesn’t know the word no. He is also a man of God whose purpose is to make sure our life is right with Christ,” Floyd said.