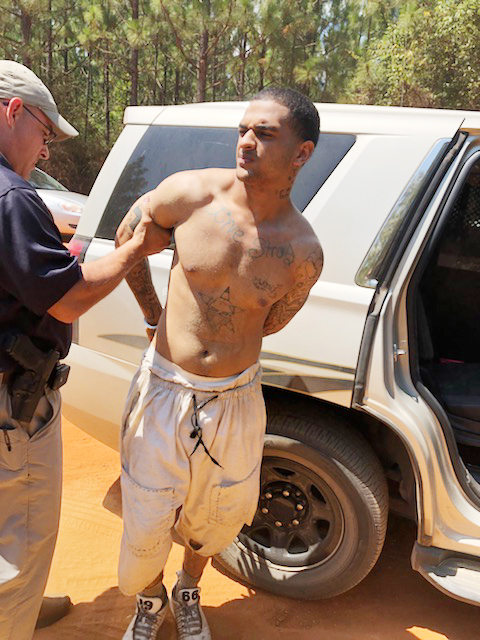 A Loxley Work Release inmate was captured by law enforcement after wrecking a vehicle at a Chevron gas station in Atmore, according to the Escambia County Sheriff’s Office.

Chief Deputy Mike Lambert said Damon Rashad Dinsmore, who is serving time on a burglary III charge out of Franklin County, escaped around 2 a.m. from the work release facility. Dinsmore was captured around 11:30 a.m. Monday.

“This guy ran, stole a car and wrecked in at the Chevron, and ran,” Lambert said.

“It could’ve been a lot worse,” he said. “A logging crew spotted them on Bell Fort Road, and I wanted to give a big shout out to them, and all of the other agencies. This was a great group effort, and I’m fortunate that there are relationships in place to get a job like this done.”