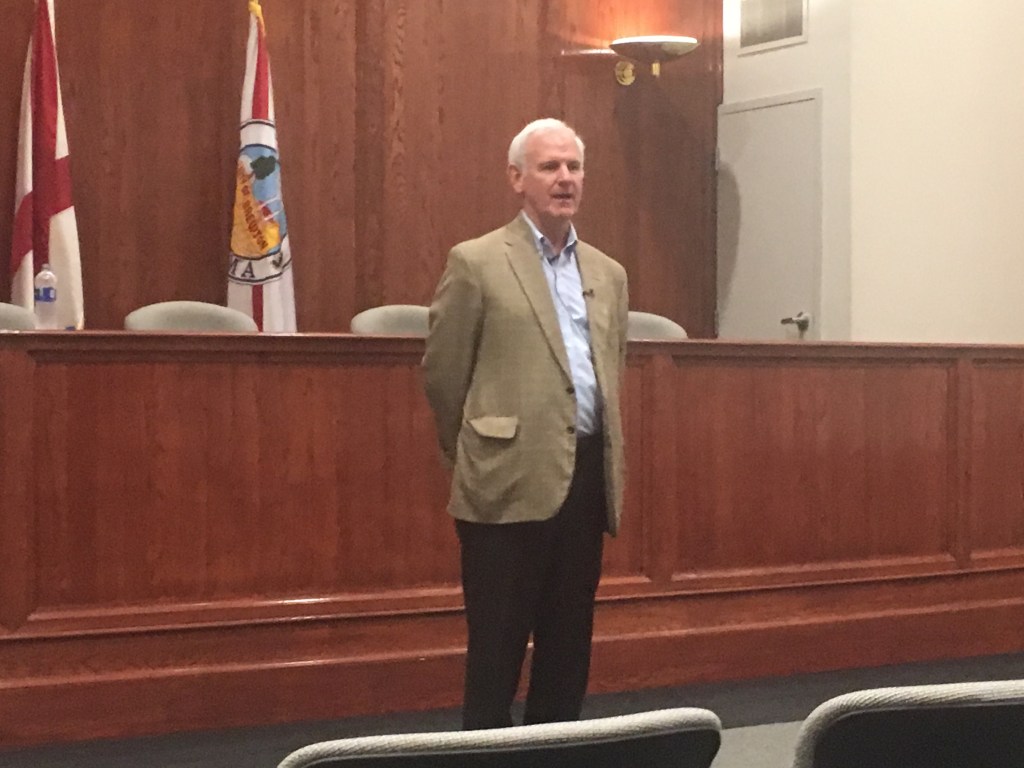 Congressman Bradley Byrne told locals gathered at Brewton City Hall on Tuesday afternoon that America is better off now than it was two years ago.

Byrne gave an update on where Congress was with its Better Way Agenda.

“The American Economy was growing at 2 percent per year,” he said. “That was just enough to keep up with the growth in population.”

Byrne said that Congress has worked with President Donald Trump to lift regulations in place that were hurting the private sector.

Bryne said there were regulations in place that were touted at helping with safety, health and more, but were really harming businesses rather than helping them.

Byrne said the second thing Congress has been able to do was tax reform.

“We have been able to lower taxes for all people and the corporate tax rate,” he said. “We did what we thought would help and our GDP is growing at 4 percent. That’s 100 percent higher than the 2 percent we started. That’s where economists say we need to be. We are creating jobs.”

In fact, Byrne said there are more jobs available than there are qualified people for the jobs.

“That’s the opposite problem we were at in the recession,” he said. “We are going to be able to see real rises in wages and benefits.”

Bryne said that Congress isn’t satisfied with where it is and there are more things to be done.

“We can’t grow as much as possible because people don’t have the education and skills to get some of the jobs.”

Byrne said the third thing that Congress has worked on is national security.

“When I go to Washington in January 2014, we were really disinvested in our military,” he said.

Bryne said that there were major deficiencies in military equipment and that more military members are killed in training exercises than in combat.

Another thing that has helped Byrne said is having a secretary of defense who knows what to do.

“Secretary Mattis knows what to do,” he said. “He knows you use military force as a last resort, but you use it to win.”

Byrne said that appropriations for military spending has increased 10 percent over what was being spent.

“This allows the secretary of defense to get what he needs to support American diplomacy,” he said. “America is safe – a lot safer than it was a couple of years ago.”