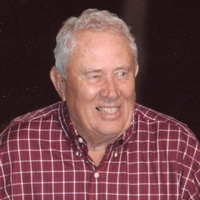 In 1940, the only way Brewton residents could see a live baseball game was to go to a local pasture to watch local young men play. There were no televisions to bring the game into the home, but the love of the national pastime kept people coming to watch a good game.
Brewton’s was a field just south of the Brewton Iron Works, and it became home for everything from games among friends to farm teams for the major leagues. D.P. Liles, a local businessman, owned the field and allowed it to be used for several different athletic events.
But Brewton became home to organized ball when it joined a division of the Deep South Baseball League, and those same boys who played on the field as youngsters became semi-pro players.
In the late 1930s, several small towns became members of Deep South Class D Baseball League, according to Scott Parks, who maintains a Web site dedicated to the league. The Alabama Florida League, a division of Deep South, started with eight teams in 1936, with seven towns in Alabama and Panama City, Fla., hosting teams.
The new division was lucky enough to have attracted some major league players, including Everett “Yam” Yaryan, who started his career playing for the Chicago White Sox from 1921-1922. Yaryan was a catcher for the Birmingham Barons from 1926 to 1930, and he managed the Andalusia Bulldogs to a playoff championship in 1937.
In 1940, with baseball growing in popularity, a group of Brewton businessmen decided to bring a team to the city. Early in January, the group met to determine whether they could even afford a franchise. They had a grand total of $850 – not enough to buy the Panama City team, their target – but businessman Gladin Scott Byrne Sr. assured the Alabama Florida League the rest of the money would be forthcoming.
Byrne became president of the new team, now part of the Alabama State League since Panama City had sold its franchise.
Everett “Yam” Yaryan was hired to manage the new Brewton Millers. Yaryan had a good record for winning games and had worked with legends in the sport. At the age of 47, he found himself playing once again when he couldn’t find a catcher for the team.
Meanwhile, plans were made to improve Liles Park, which had been used for several purposes over the years. Additional grandstand seats, bleacher space and new lights were among the improvements planned.
The pitchers and catchers arrived on March 22, 1940, to begin practice on March 25. After some exhibition games the first game of the season was played on April 18. Besides the players who came from Panama City with the purchase of the team there were plenty of locals who showed up, hoping to be selected.
Brewton native Dick Jernigan was among the paid players.
But Jernigan’s baseball career was short-lived.
Brewton soon found itself supporting a semi-pro farm team, which was associated with the Chicago White Sox in 1945 and the Washington Senators in 1948.
Brewton resident Scotty Byrne, whose father had been one of the original group of businessmen who bought the club, also played in the league. He left school in Brewton to join the military during World War II and came back to finish high school. He spent a lot of time down at the ball field.
The younger Byrne began playing when Enterprise coach Ben Catchings invited him to play.
Byrne played two seasons for Enterprise in 1947 and 1948 before he came back to play for the Brewton Millers in 1949.
The ballplayers boarded at a couple of places in Brewton. Mrs. Eunice Gillis not only took them in, her daughter, Sylvia, married one of the players, Henry Snow. Mrs. Annie Lee Strain, who ran a boarding house on Belleville Avenue, also took some as boarders.
Boarders weren’t the only ones who made a little money from the league.
Bennie Stokes ran a grocery store on Mildred Street at this time, and he and his sons ran a concession stand at the park.
The Brewton team did not fare too well the first season, and it was not clear if there would be a next season because of financial problems. When reminded of this, Byrne said, “That’s nothing. Every year ended that way.”
Family fun
Despite the financial troubles, baseball gave Brewton residents – and even players – a place to take their families for fun.
Jernigan remembers taking his oldest son, Mike, to the park.
Some of the players met their wives in Brewton.
Barbara Carden’s sister-in-law, Faye Miller, married John “Denny” Di Nicola, who played second base.
Di Nicola was a Brooklyn native and regular visitor to Ebbetts Field while he was growing up. Right after he was discharged from the U.S. Navy in 1946, he responded to an ad and got a six-week course in a baseball camp.
Di Nicola remembers the city fondly. “I enjoyed those years in Brewton,” he said. “The fans were the best, and without them I wouldn’t have lasted three years. In my third year I met a young lady named Faye Miller from East Brewton. We married in March 1950 and next year we will celebrate our 59th anniversary.”
Baseball once was alive and well in Brewton. For 10 years, excluding the war years, the park was the place to be. Of course there are still high school, Little League and other organized baseball teams, but the day is gone when players played just for the fun of it in a pasture.

Editors Note: This story orginally ran in The Brewton Standard on Wednesday, Sept. 24, 2008.