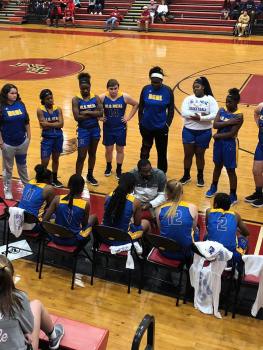 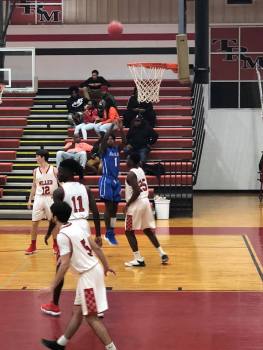 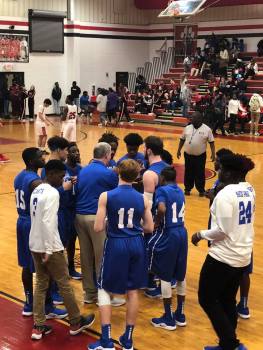 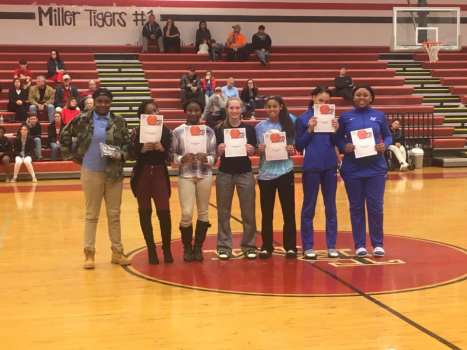 The girls started the tournament by defeating W.S. Neal 70-18 on last Friday night.

The win pushed their season record to 4-2.

The girls of Miller have had an outstanding start to their season and this win bolted them into a rhythm for the rest of the tournament.

Janazsia Nettles racked up 17 points, one rebound, four steals and one assist.

Ty’keria Wright had 5 points, one rebound and one steal.

The win also extends their record to 5-2 for the season.

Vanessa Samuel had 10 points, four rebounds, one steal and one assist.

Aleria Smith had 8 points, seven rebounds, one steal and one assist.

The T.R. Miller girls walked away with the top spot.

“The girls played good. It always good when you walk away with a first-place spot. We still need to polish on post defense, support defense and other small things,” head coach Ron Jackson said.

The varsity T.R. Miller boys’ team now has a 1-5 season record after a second-place finish in the Escambia County Basketball Tournament recently.

During the first quarter, the Eagles jumped ahead to a close 15-13 lead.

WSN refused to give in easily and continued to fight but were outshot by Miller in the third.

In the final stretch of the game WSN was unable to defend against the Miller offense and TRM finished the game with a 55-49 win.

Both teams played a great contest and made the game a thriller to watch but Miller was able to hold off WSN and gain the win in the end.

Miller’s, Turner Smith and Cody Hall both set career highs in points during the game.

Turner Smith had 20 points during the game and Cody Hall had 19.

Ladarius Harrison had 14 points during the game and Amon Craig had 12.

Miller faced Escambia County High School on Saturday for their final game of the tournament but were unable to defend against ECHS and fell 70-23.

TRM faced problems early in the game and were only able to defend against the Escambia offense.

Escambia took an early 18-1 lead after one period.

Escambia continued to drive the score at the first half and lead the Tigers 33-3.

The Tigers continued to dig to find a groove but were unable to do so and fell to Escambia at the end by a final score of 70-23.

The Tiger varsity team ended the tournament in second place.

Escambia took the top slot, Flomaton placed third and Neal rounded it out in the fourth-place position.