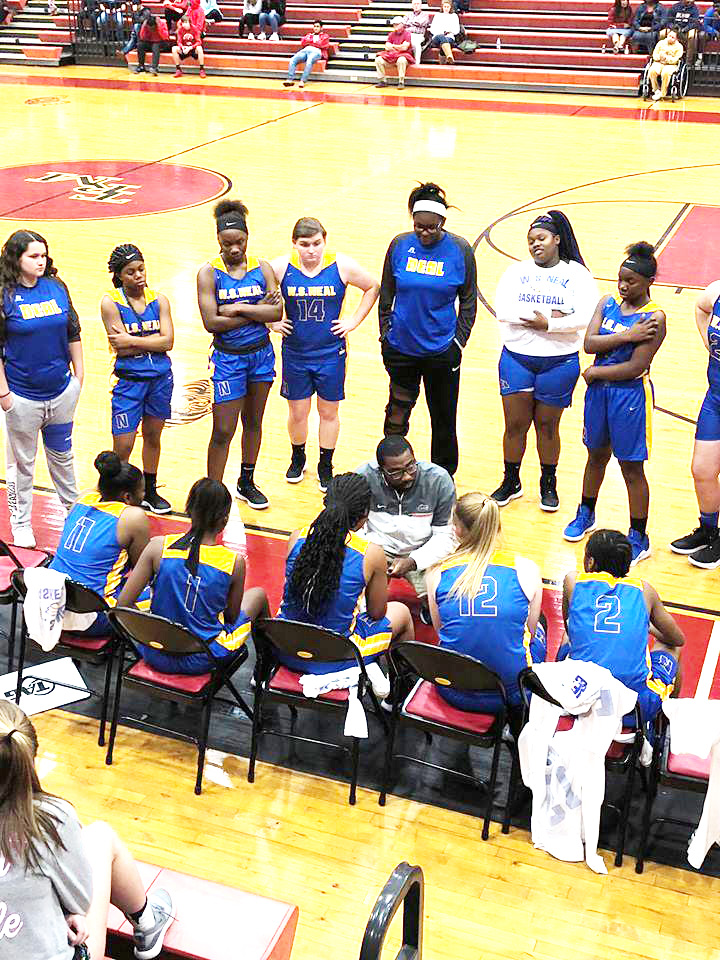 The TRM Tigers varsity basketball team has extended their overall season record to 2-7 after defeating the Blue Eagles of W.S. Neal recently with a final score of 42-35.
The Tigers and Blue Eagles have both got off to slow starts this season.
Both teams have been searching for a groove to fit into.
Many factors have affected both WSN and TRM but one factor has factored in above the rest, a young team.
With the exception of a couple of players, both teams are built with young players who are searching for experience and a groove which will take each team time.
Both teams have exceptional young players with a ton of skill and talent and play for both teams improve every game.
During the first period of the matchup, TRM took a short 8-5 lead over W.S. Neal.
Defenses and offenses for both teams looked pretty evenly matched and Eagle, Ladarius Harrison scored all five points during that period for the Eagles.
Whitley Lisenby and Turner Smith were the period scoring leaders for Miller with three points each.
After two periods TRM still held the lead at 24-15 over the Eagles with Lisenby and Smith leading the scoring again for the second and Amon Craig leading the Eagles second period scoring.
During the third period, defenses for both schools stepped up and both teams were even on period scoring at the end of the third with seven points each.
TRM went into the fourth period of play, leading the Eagles with a score of 31-22.
TRM stepped up offensively in the fourth period and continued to see a great game from Turner Smith who picked up four more points to end his game with a team high of 14 points scored.
Eagle, Ladarius Harrison lead the Eagles in scoring with 14 game points of his own.
In the end however, WSN fell to TRM for a second time this month with a final score of 42-35.
“We had a good game but we still have a ton of work to do offensively as well as defensively,” T.R. Miller head coach, Terrence Walker said.
“It was a better played game for us but we are still struggling to make shots. We have to improve on both sides of the ball and continue to get better. We have a young team and have some work to do but it is getting better every game,” W.S. Neal head coach, Dewane Salter said.
The TRM girls team also extended their season record to 8-2 after defeating the Eagles 62-21.
Alijah Fountain was the top scorer for the Tigers.
During the game she gained 21 points, 5 rebounds, 8 steals and had 3 assists.
Aleria Smith also had 15 points, 8 rebounds, 2 steals and 3 assists.
W.S. Neals junior varisty team captured the Eagles only victory against Miller with a final score of 22-18.
Grayson Ball lead the Eagles in scoring with seven points in the thriller.
Both teams will have a brief rest period for Christmas break before returning to the court on the road next week.