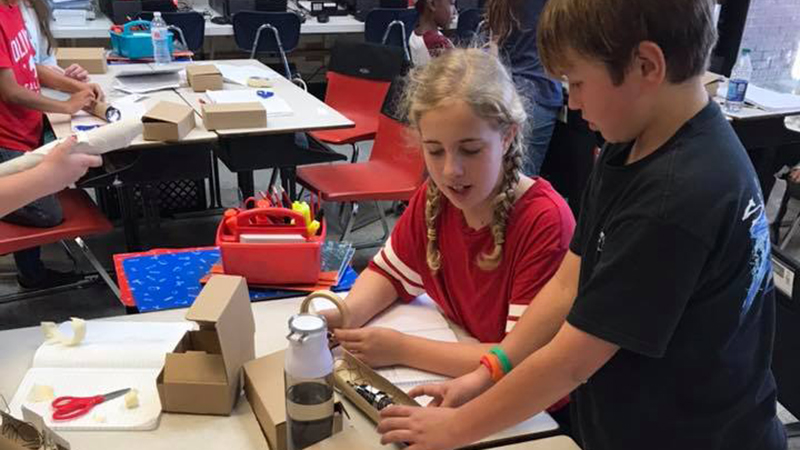 Brewton City Schools is among the top 15 in the state and Escambia County Schools showed growth as well, according to the newly released state report card.

BCS was one of only 15 in the state to receive an an A.

The biggest improvement was at T.R. Miller High School, where scores jumped from 83 to 90. Brewton Elementary improved from 86 to 89 and Brewton Middle increased from 83 to 87.

The student poverty level is 50 percent for the system.

“We knew it was going to be good,” he said. “We were very intentional on how we attacked it. It’s not an unexpected surprise. We beat Hoover and tied with Auburn City and Homewood. Our socioeconomics is so much different than most of the others. I’m on Cloud 9.”

Varner said that at the elementary school and the middle school they have worked to ensure that teachers are teaching hard every day.

“We have been targeting kids for intervention,” he said. “Your high level kids are going to be high. We worked on the kids on the bubble those who are almost there but not quite. We did a lot of identification of kids, and intentional interventions. We wanted to do better than we previously did and we put in a lot of hard work and sweat equity.”

At the high school, the formula for calculating the grade is more complicated, Varner said.

“Some of things we focused on — making sure all kids are college or career ready. We received help from the career center, specifically the nursing program with students getting their CNA license,” he said.

“Over the past three or four years we have worked to improve our WorkKeys scores. We ranked about 33rd or so, and two years ago we made a big deal about and went to 11th in state and last year we were fourth in the state, and doing really well on that paid huge dividends as well. The work the teachers do to get the kids ready for standardized tests has also helped.”

The statewide grade was a B.

“Of course, as far as the county goes, we increased by one point, and I wish it had been more. Our goal was a little bit higher than what we wound up making,” Escambia County Schools Superintendent John Knott said. “That’s something we’re going to be planning for and focusing efforts on increasing. I was extremely excited to see Escambia County High School show the improvements they have shown. Also Escambia County Middle School continued to show some growth, which is really, really good. That validates that some of the provisions we’ve been putting in place have been effective.”

Knott explained the reason there was no score last year for Rachel Patterson.

“This year is the first year we’ve had a score come out for Rachel Patterson,” he said. “In the past it had been third and fourth grades at A.C. Moore, and that was just based on third grade. We intend to make some strides and make some increases in that score, too.”

“Huxford Elementary was about the same as last year, which means they’re holding their own there,” he said. “As far as the Flomaton schools, I’m really excited about some of those increases and proud of what they have accomplished. As far as East Brewton schools, the high school (W.S. Neal) went up one point from where we were, and I had hoped we would increase more. We wanted to hit the B there badly. We did have decreases in the elementary and middle school. We will be addressing some of those things, and working hard to increase those scores.”

Knott said they are working on a plan to help increase scores throughout the county.

“We’re working on it already. In addition to that, we do ongoing evaluating of where we’re at, and we’re continuously making plans for addressing areas of deficit we have. Since we got the original draft, we started working on that, and we’ll implement those immediately,” he said.