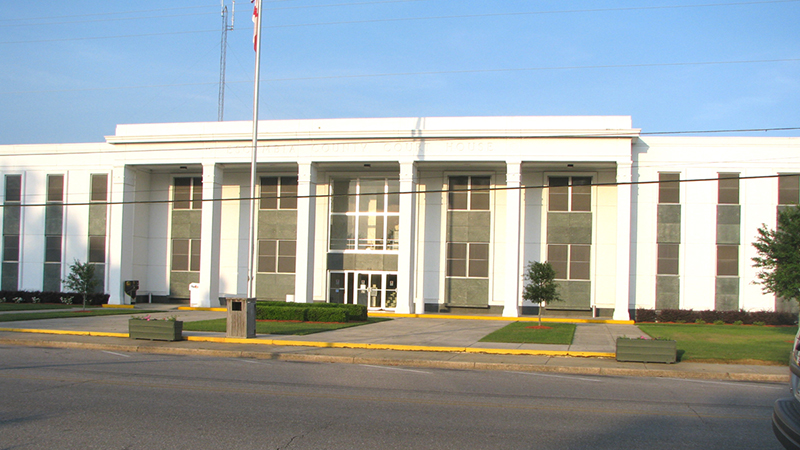 2019 looks to be a productive and strong year for the cities of Brewton and East Brewton, both mayors said.

Brewton Mayor Yank Lovelace said that 2018 was a “bright spot  for our city with notable progress in several areas.”

“We are planning for continued success in 2019 with a slate of events that celebrate our city’s people and heritage,” he said. “There will be more good news to share as Provalus continues its explosive growth, and our downtown generates excitement for development. Frontier Technologies has announced growth in its production lines as well.”

Lovelace said residents will see new gateway signage installed in the coming months, a large project moving forward on Sowell Road that will include sidewalk and streetscape upgrades, and similar work in Also as workers install sidewalks there.

“Paving projects will happen citywide, and the state has announced a paving project for U.S. 31/Douglas Avenue for the coming year,” he said.

Lovelace said they are currently working on plans for a new public safety complex, which they hope to be implemented, and the pedestrian bridge between Jennings and O’Bannon will get an upgrade as we start the first phase of a multipurpose trail for running, walking, biking and equestrian use that reaches all the way to the Greater Brewton Area YMCA.”

Lovelace said the city will continue to examine zoning and subdivision regulations for updates and changes that will help Brewton grow.

“Another battle we will continue to fight to keep our city beautiful and reduce or eliminate littering,” he said. “Economic development depends on our city standing out as a showplace. Not only do we need great schools, hospitals and overall quality of live, but also the way we look to people passing through is critical.

“I am very proud of what our city has been able to accomplish in 2018 — from volunteers and private donations to businesses stepping up to host events to our hard-working employees going above and beyond every single day,” he said. “The Chamber of Commerce is amazing, and our success working together is making headlines across the state. When people ask me how we are going to top what we’ve already done. I have to smile and tell them we are not nearly done yet.”

“We have already purchased a new fire engine for the city which will be arriving in February along with a brand-new garbage truck. That will create two operational garbage trucks for the city. We have $500,000 in repaving that needs to be done. We will be working on some drainage issues. We have a new pharmacy that will open up in East Brewton during the middle of January,” he said.

The new fire truck will allow residents fire insurance to decrease from 9 percent to 3 percent.

That totals out to saving homeowners more than $400 a year in fire insurance.

The two current fire engines in East Brewton are more than 20 years old and one of those will be replaced by the new engine.

“We are also looking to attract to new businesses to East Brewton. We would like to bring in some small chain restaurants and other small businesses. We cannot sustain a large business due to the fact that we are in the 100-year flood program and there is not enough space to put them. We would like to see small businesses develop in East Brewton and we will be taking strides to help make that happen,” said Clark.

Escambia County Commission Chairman Raymond Wiggins said they have same great things in store in the year ahead.

“And it’s not going to be an easy road,” he said. “One of the top things that has to be addressed by us is the Escambia County Courthouse. The courthouse is in major need of renovations. We will have emergency renovations during the first or second week of January.”

Architects have surveyed the courthouse in order to see what the needs are, he said.

Asbestos and leaking roofs are just a small number of issues that the commission is dealing with.

“Our objective will be decided if we can overhaul the courthouse or if we need to build a new one and that is something that needs to be addressed as soon as possible,” Wiggins said.

Another major issue on the agenda for the commission in 2019 is the Escambia County Detention Facility.

“The ECDC is overcrowded and that problem is not going to go away,” he said. “Again, architects are evaluating the issue to see if the construction is stable enough to build onto or if a new facility will be needed. This is an issue that we have to deal with as soon as possible.”

The commission is also looking to continue improving its infrastructure with more paving projects in the works.

Wiggins said paving projects will be paid for with left over sales tax and contributions from the Poarch Bank of Creek Indians.

Other plans include improving economic development with more job creation.

“We have big plans to improve our economy within the county and with the great teamwork that we have within the commission, we are looking to do some great things this year,” he said.