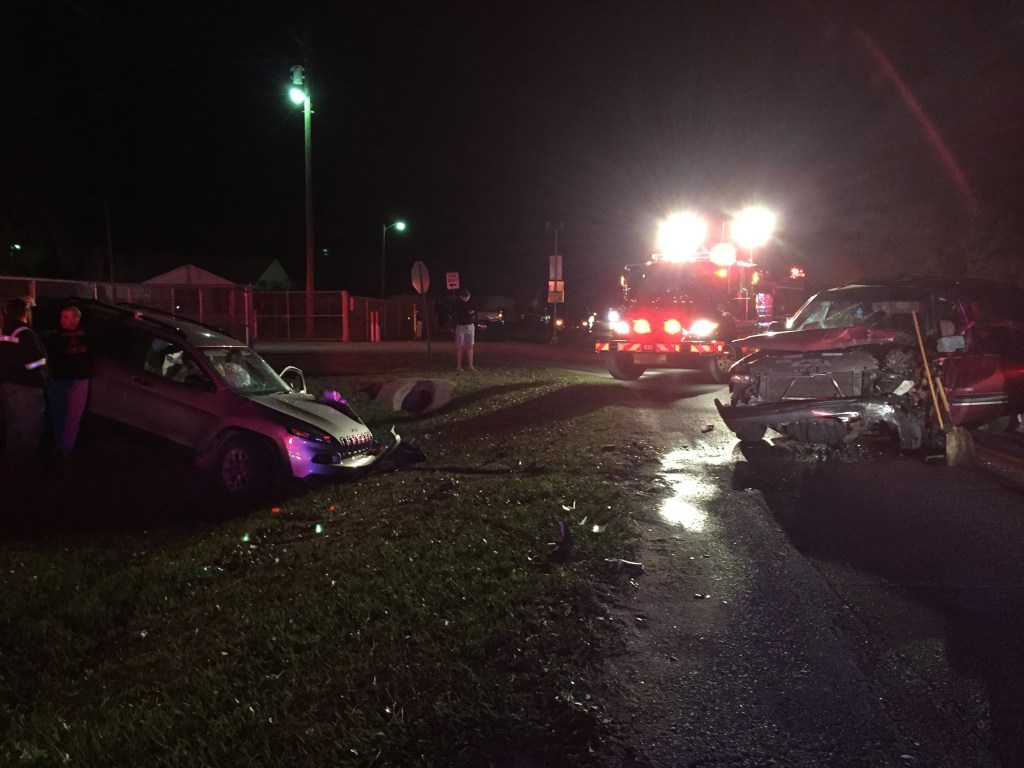 Two were injured in a two-vehicle wreck Wednesday night on County Road 99 in front of Bratt Elementary School, according to the Florida Highway Patrol.

Justin Elliot, 19, of Atmore, was driving his 2001 Chevrolet Tahoe north on County Road 99, and Patricia Griener, 28, of Brewton, was traveling south on the same road, according to the FHP.

Trooper C. Van Pelt said in a release that Elliot failed to maintain a single lane and struck the front of Griener’s vehicle, 2017 Cherokee Jeep.

Upon final rest, the Tahoe was facing a southern direction, and the Jeep was facing the east in a ditch, according to the FHP.

Both were lifeflighted to area hospitals. Elliot was taken to Baptist Hospital, and Griener was taken to Sacred Heart in Pensacola, Fla.

According to the FHP, both are stable as of Thursday morning.