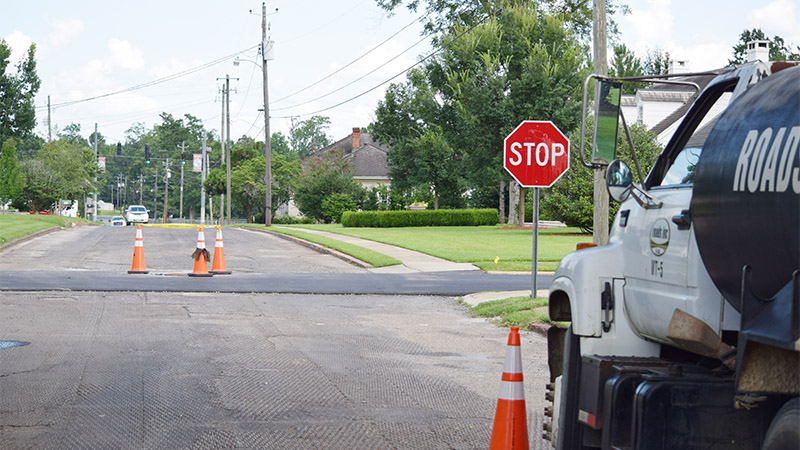 The city of Brewton invested $40,000 in an engineering study to rate the condition of the roads in the city and help the city keep them in good, drivable condition.
Mayor Yank Lovelace said Sain Engineering inspected every road in the city.
“The idea is to save the city money by teaching us different ways to repair and maintain the roads for longer life between paving,” he said.
Lovelace said engineers classified the roads by green, yellow and red, with red being the worst and green being the best.
“They give a scale of one to 100,” he said. “Ours was 82-84 percent.”
Lovelace said that two or three of the roads in the city are in need of milling and paving currently.
“All we will do is go by the score and it will tell us what that road needs,” he said. “Does it need a crack patch, sealant, some asphalt or to be milled and paved. For it’s a new way.
Lovelace said the ultimate goal is to get all roads to green status.
“With this system a paving project should last between 15 and 20 years,” he said. “Some streets have more wear because they have more cars that travel it, but we want to move the score up, too. It’s something we need to do because paving costs are high.”
Lovelace said that Sain will come back every five years and inspect and rate the roads again.
“This will also help us with budgeting,” he said. “Under this plan, we will be able to budget $450,000 a year for roads to be maintained every year. We have had a lot of major road projects in the last few years. This project will help us with our future. It will save the city money and please the residents.
Lovelace said the method will take the politics out of it.
“This will give us reasoning behind which roads to pave,” he said.

Chapman still has plenty to do