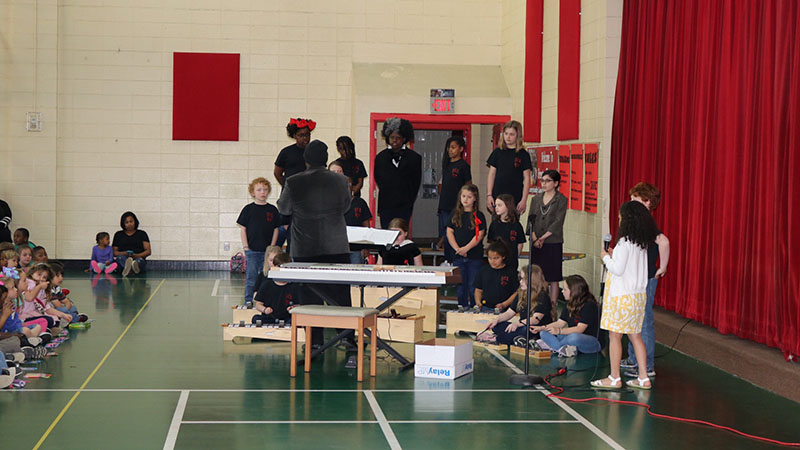 Turk said he wanted to do a program that celebrates black history outside of black history month to show the students that it doesn’t have to be February to learn about black history. The students performed spirituals, which are songs sung by the slaves.

Turk said he selected these songs because he wanted to feature the students heavily on instruments. The students played xylophones, and there were several soloists.

After each song, the students in the choir would give a brief speech on black historical figures of their choosing such as Rosa Parks, Ruby Bridges and Fredrick Douglas. Some of the students even dressed up like the person.

The students spent months preparing for the program, especially on Thursday afternoons after school.