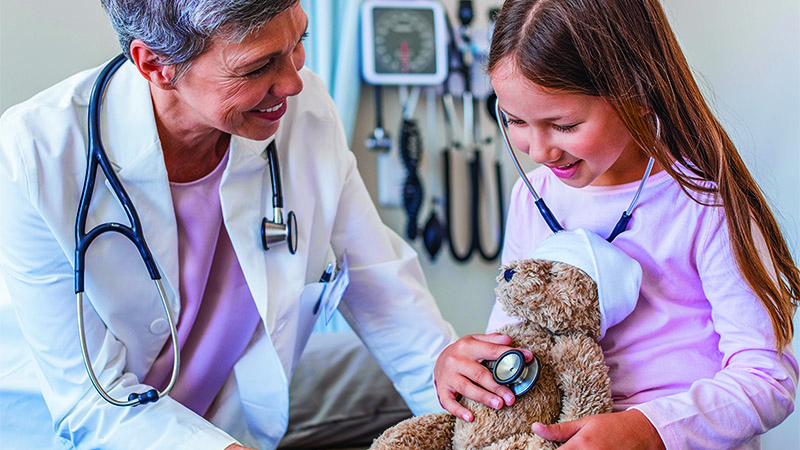 A standing room only crowd attended Monday night’s meeting at D.W. McMillan Memorial Hospital to discuss the importance of Medicaid expansion to both Escambia County’s hospitals.
Several locals from Brewton and Atmore talked about the importance of the two hospitals.
In the last eight years, 13 Alabama hospitals have closed.

IMPORTANCE TO COMMUNITY
Kathy Helton of Atmore said that while her mother suffered with cancer, the care they received at Atmore Community Hospital would rival any larger facility.
“It meant the world to us to have this locally,” she said.
Maggie Quimby of Atmore said that her family had used ACH many times.
She said her husband has had five strokes and had a brain tumor.
She gave kudos to the ER staff and the care he was given.
“It is vital that we keep our hospital,” she said.
Sharon Smith of Atmore said that she had an accident where she broke two bones in her leg.
She said she was in a lot of pain, but the staff at ACH gave her meds, took X-rays and set her leg.
She said that when she arrived at Baptist Health that the doctors complimented the setting done at ACH.
When she needed therapy, she was able to have the therapy locally, too.
Tony Sanks of Brewton said that he had a stroke in 2016.
His wife took him to DWM.
“I was coherent through it all,” he said. “Everyone worked like a precision machine.”
He was given the stroke reversal drug within 20 minutes of being at DWM.
“I can stand her, walk, function today because of the care I received,” he said.
Broox Garrett said he had an “episode” last June on his 48th wedding anniversary.
His daughter-in-law, Grey, gave him CPR, and EMS came.
He said he is here today because of the care he received.

WHY WE NEED
EXPANSION
Dr. David Beckner, an economist at UAB; Dr. Marsha Raulerson, legendary pediatrician in Brewton; and Chris Griffin, DWM administrator, spoke.
Becker said that Alabama had missed out on getting the federal government to pay for three years of the whole Medicaid expansion, but that it would still cover 90 percent, with Alabama only having to come up with 10 percent.
Becker said that spending the money for Medicaid expansion would generate $11.4 billion in new economic activity in the state.
The $250,000,000 per year could be made up with new tax revenue at a tune of $145 million per year, and some additional savings of some $80 million.
Becker said that those numbers exclude the fact that Medicaid would generate more money to local economies because it would free up money spent on medical expenses.
“This would be a tremendous economic impact on the economy,” he said.
Becker said in the 36 states that have expanded Medicaid, they have seen positive effects, including significant improvements to health and treatment of opioid disorders, fetal mortality reduction, and more.
Additionally, Becker said that financial well-being of residents improves as well.
Becker said that credit scores improved and there was a reduction of unpaid bills and less accounts in collections.
Hospitals also become financially stable and the probability of closure decreases.
Griffin said that the two local hospitals employs 442 direct jobs and 473 indirectly.
Wages and benefits include $23,000,000 for both hospitals.
Griffin said there were 30 residents in the hospital in the county per day; some 35,000 ER visits a year; 2,000 surgical procedures.
“These two hospitals get the lowest Medicaid reimbursement rates in the United States,” he said. “It makes it hard to survive.”
Raulerson discussed the improvements made to Medicaid in her time as a pediatrician in Brewton.
She said that in 1981, that Medicaid was only for children to 6 years old. There was no SOBRA for pregnant women.
She said then, the infant mortality rate was bad and the immunization rate was terrible.
She gave credit to Gov. Lurleen B. Wallace for starting Alabama’s Medicaid program.
“If up to us women all would have health care,” she said.
Raulerson talked about Alabama being the first state to implement the Children’s Health Insurance Program (CHIP) by way of ALLKids in 1997.
She said with the expansion over the years of Medicaid that the infant mortality rate had declined and children can now be covered until 19.
Some 60 percent of women in Escambia County has SOBRA Medicaid today.
However, they are dropped from Medicaid two months after they give birth, except for birth control.
If Alabama were to expand Medicaid, a family of four making $35,535 or under could be eligible for Medicaid.
Danny Cottrell, owner of Medical Center Pharmacy, talked about the gap created by Alabama’s lack of Medicaid expansion, was something he has seen in his pharmacy.
Such as how a diabetic can pay for $1,000 worth of insulin and diabetes medicine.
Locals are encouraged to call their local legislators about Medicaid expansion.