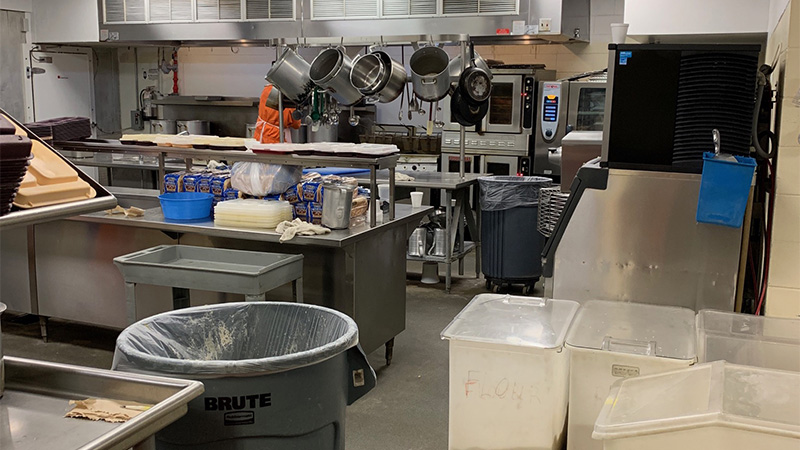 Sheriff Heath Jackson supports a bill that will place new restrictions on sheriffs’ use of money allotted to feed jail inmates, but the kitchen in the Escambia County Detention Center is working overtime as it is.
The bill, which has passed the Senate, but hasn’t passed the House yet, is sponsored by Sen. Arthur Orr, R-Decatur.
In recent years, it has been reported that sheriffs in counties throughout Alabama have pocketed the money for personal use.
Orr’s bill also increases the state allocation from $1.75 to $2.25 per day.
Beginning in 2021, the money could increase 2 percent.
Jackson, who took office in January, said that he doesn’t see how that was possible for someone to pocket money.
“The sheriff is responsible and I’m required to cover it,” he said.
Currently, Jackson said his department spends about $3 per day per inmate.
Jackson said Monday there were 292 inmates in the Escambia County Detention Facility.
Jackson also has 40 more inmates in the Conecuh County Jail.
Jackson said they make do since they also house federal inmates, which receive around $10 per day for meals.
“I don’t think there is one person who can feed three meals for $1.75,” he said. “We have a nutritionist that plans out the meals. If I am allotted $10,000 a month for food, we are going to use $10,000 a month for feeding. A lot of our inmates haven’t been found guilty of a crime yet. We are just feeding them. This is not a Holiday Inn, but we will feed them humanely.”
Jackson said they feed inmates chicken and rice, bologna sandwiches, spaghetti and chicken nuggets.
Jackson said they have to feed inmates correctly and if an inmate requires special meals for religious purposes, they have to accommodate.
Jackson said he eats there at least once a week.
“If it’s good enough for a human in the back, it should be good enough for me,” he said.
Jackson said he joined other sheriffs in Montgomery to work to get $3 per day, but they were able to get it to $2.25.
“Anything will help,” he said. “We need to be able to buy food in bulk, but this facility was only designed for 126 inmates. We don’t have anywhere to put it if we do buy in bulk.”
Jackson said by comparison the Monroe County Jail, which isn’t that old, has a kitchen six times the size of the Escambia County Detention Center.
“Their storage pantry is bigger than our whole kitchen,” he said.
The Monroe County Jail was built for 150 people.
Jackson said the local jail’s kitchen was built to prepare about 378 meals per day, but currently does about 912 meals a day.
“We are overworking every piece of equipment,” he said.
The kitchen isn’t the only area working overtime.
The laundry facility, toilets, etc., were built for 126 people as well.
The women’s facility is built for 12 women, but on Monday, there were 47 women in the detention center.
A gym area has been converted to a sleeping area.
Since last year, the sheriff’s department and the county commission has been discussing building a new jail or an addition.
Jackson said ideally, they need a 550-bed facility and it needs to be built in a place where there is property to add a new wing, wedge or pod.