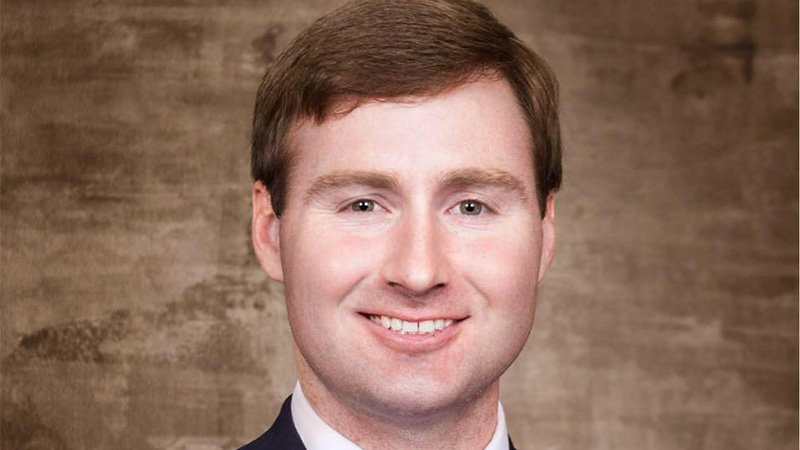 Bradley Jaye was named communications director for Congressman Bradley Byrne, R-Ala.
Jaye, who is an Auburn graduate, has ties to Brewton.
His mother is Peggy Hoomes Jaye, a W.S. Neal graduate. His father, Alan, is from Monroeville.
He is the grandson of Havard Jaye and Mary Ann Jaye of Monroeville and Charles and Jacqueline Stone of Brewton.
Jaye’s career includes seven years in the office of U.S. Senator Jeff Sessions in a variety of policy, political and communications roles. In his final role with Sessions as press secretary, Jaye served as media liaison and lead speechwriter and as a key advisor on state and national politics as well as domestic and foreign policy. Jaye most recently served as communications director to Congressman Brian Babin (R-Texas).
“As a native of Alabama’s First District and a former staff to Senator Sessions, Bradley is uniquely positioned to serve the people of Southwest Alabama,” Byrne said. “His knowledge of Alabama and love for its people will be indispensable as we fight for Alabama in Washington. My staff is the most talented and hardest working team on Capitol Hill, and Bradley Jaye will fit right in.”
“As a proud son of Alabama, I couldn’t be happier to ‘come home’ to serve Congressman Byrne as he represents Alabama’s First District,” Jaye said. “Growing up in Monroe County gave me a special appreciation for the people and the values that make our country great, and I’m ready to hit the ground running to bring some Alabama common sense to Washington.”
Prior to joining Sessions’ communications team, Jaye served as Sessions’ energy, environment, transportation, agriculture and forestry policy aide. While a student at Auburn University, Jaye interned for Congressman Jo Bonner in his Mobile district office.

City of Brewton Named a 2018 Certified Municipality by…