PREPPING FOR A NEW SEASON 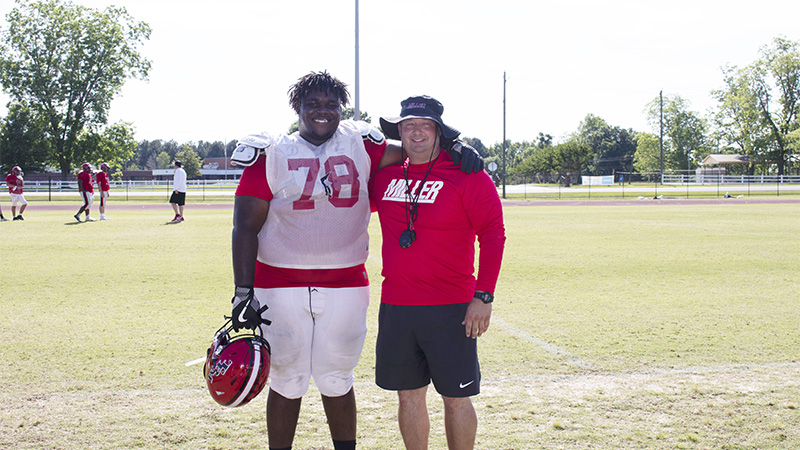 T.R. Miller is looking for a new head coach, but that didn’t stop the boys of TRM from suiting up and getting ready for next year’s time on the gridiron.
Coach Keith Etheredge was named head coach of the Oxford Yellow Jackets at a press conference Friday.
Rumors spread Thursday that Etheredge had taken the job.
Etheredge told The Brewton Standard Thursday afternoon that he had not resigned his position as head coach and athletic director.
But on Friday, he was named head coach in Oxford.
Etheredge accepted the TRM job in December 2017, replacing Andrew Thomas.
In his only season at TRM, his team went 6-5.
The job is posted to the state department of education and the Brewton City Schools websites.
The Tigers are looking for their third coach in three years, following Jamie Riggs’ 27 years at the helm.
The Tigers kicked off spring training this week.
Coach Norman Dean will lead the Tigers during the spring.
Due to recent events, the spring game against Montevallo has been canceled. The Tigers main focus, as of now, will be learning and re-establishing the fundamentals.

Jernigan signs with University of Mobile