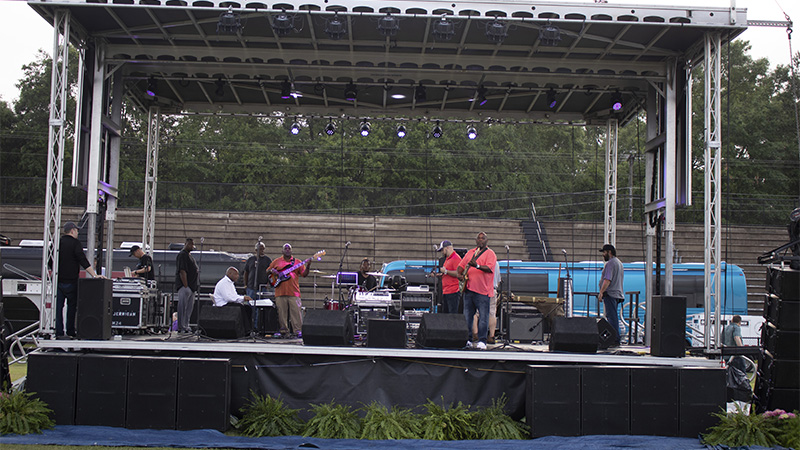 This past Saturday the Greater Brewton Area Chamber of Commerce hosted their annual Gospel Concert at the T.R Miller Municipal Stadium. The concert had several performers such as The Alabama Spirituals, The Kingsmen Quartet and Chris Golden.
Chamber of Commerce Administrative Assistant Debi Pugh said that because of the forecast rainy weather less people than last year’s concert attended, but Pugh said she was pleased with the number of people who attended despite that.
“All of our performers were stellar,” Pugh said. “They performed as if 20,000 people were in the audience. Everyone seemed like they had an excellent time.”
Pugh said that if the Chamber finds a venue in Brewton that can fit 1,500 people, they’ll consider hosting next year’s concert indoors to avoid South Alabama’s unpredictable weather.