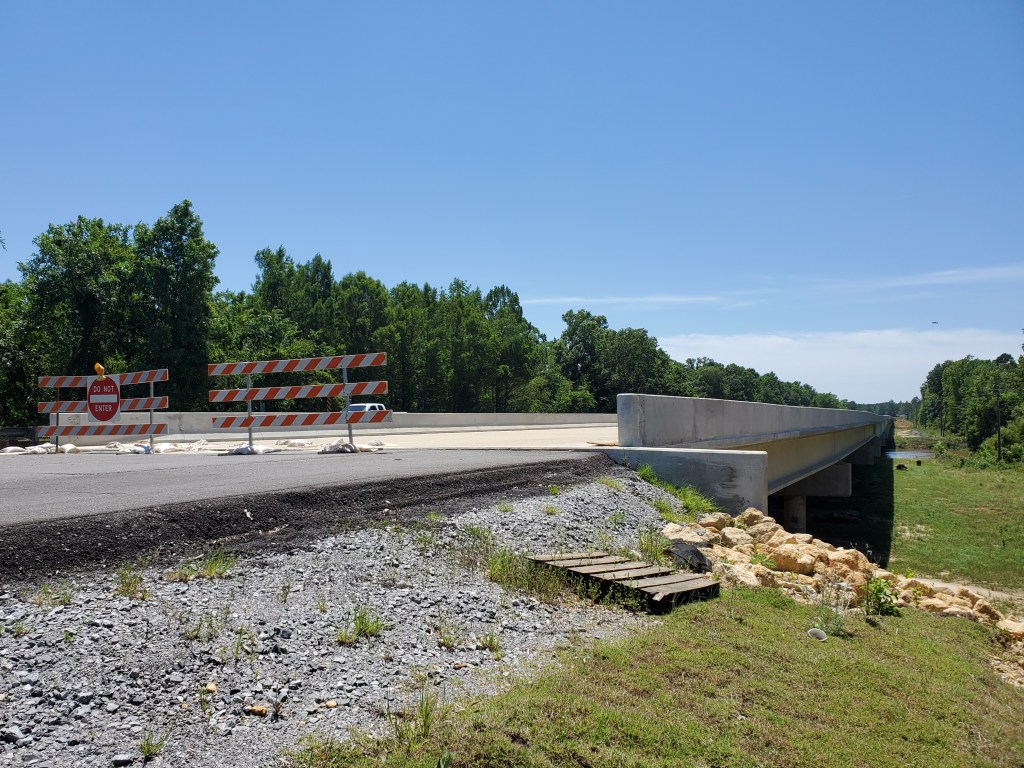 Alabama Department of Transportation officials said this week they are allowing for a period of time for additional review by outside engineers brought in by the contractor Tanner Inc., on the Conecuh River bridge project.
Katelyn Turner, spokesperson for ALDOT, said that the time expires in mid-May, and after that time ALDOT hopes to reach a final decision on how to proceed with the issues.
“We are continuing to push for replacement of unacceptable spans of the bridge’s driving surface,” she said.
Turner said the basic issues is that concrete surrounding the rebar inside the bridge deck does not meet specifications.
“Specifically, there’s a combination of either too much or not enough concrete surrounding the reinforcing steel to provide an adequate driving surface,” she said. “Both cases of concrete cover can provide longevity issues of the bridge and unnecessary maintenance costs to taxpayers.”
Turner said the issue was discovered in November 2017 during the process of final preparations to the driving surface of the finished bridge deck, a process that cuts small grooves into the deck.
“Subsequent inspections after the initial discovery in November 2017 by ALDOT bridge engineers from Montgomery confirmed the inadequate concrete surrounding the rebar and resulted in the conclusion that the bridge deck was unacceptable,” she said.
Turner said the initial inspections during construction were conducted by a consultant working for the department.
“Those inspections failed to identify any deficiencies, but the final groove-cutting process and subsequent inspections revealed the problems,” she said. “ALDOT has been working with the construction company since March 2018 to identify the best approach for completing the bridge in an acceptable manner. This process is exploring the possibility of remediation and partial depth re-pouring of concrete material around the rebar, up to total replacement of certain spans or all spans of the bridge deck.”