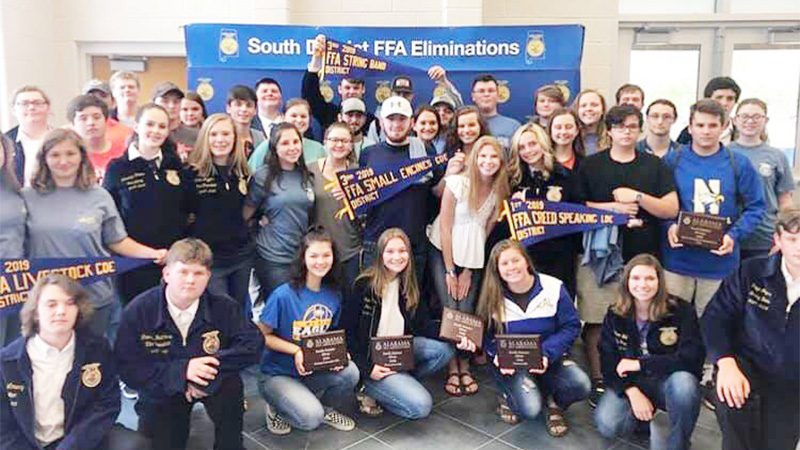 W.S. Neal High School’s Future Farmers Association had three teams qualify for state after competing in the 2019 South District FFA Eliminations. They also had three teams make it into the top 10.
In creed speaking, freshman Larah Berry received first place and will compete at state. The small engines and string band teams both received third place and will compete at state. Floriculture received fifth place, nursery landscape sixth place and ag construction eighth place.
WSN FFA president Callie Wiggins said this chapter’s teams didn’t qualify for state as many times as they did at last year’s South District competition, but they did have more teams in the top 10 this year than last year’s.
Wiggins said she believes the reason they didn’t get as many teams to state as they did last year is that they had a lot more underclassmen competing this year. However, Wiggins believes next year the chapter will compete better because the underclassmen will be more experienced.
Wiggins said she is confident in their chances of winning at state because of how dedicated the chapter’s members have been this year.
“People are more dedicated and want to make our chapter better,” Wiggins said. “People are getting involved in FFA not just as an excuse to get out of school but because they are dedicated and actually care about it.”
91st Annual State Convention of the Alabama FFA Association will be June 4 in Auburn.