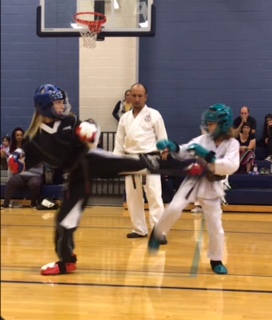 East Brewton’s InnerFit Martial Arts, LLC just roundhouse kicked their way into the 2019 State Games of America (SGA) for the first time. Both of the InnerFit owners Lisa Cunningham and Rachel White along with their nine students competed in the 2018-2019 Alabama State Games Karate event. Both owners and all nine of the students qualified to compete at the national level competition, SGA. 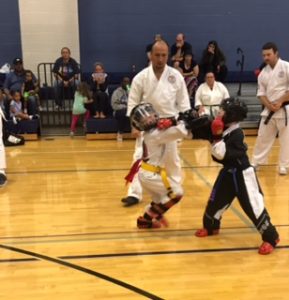 “We know this is going to be a learning experience, but we are just looking forward to be able to go and have these guys represent our state and our community,” White said. “We’re excited for them because this will be their first big challenge.”

The SGA competition will be held July 31-August 4 in Lynchburg, Virginia. White said they competed in two categories: fighting and form. White said the age group of her students competing are from age seven to 57. White said her 57-year-old student will be competing with her grandsons.

Although competing nationally will be the nine students’ first time, white said she feels confident in her students. White said that her students have been competing more regularly and have been training three to four times a week. 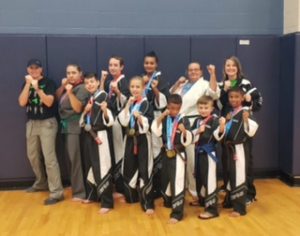 “They have a lot of experience, so they know what to expect,” White said. “We’re proud of them because they are stepping out of their comfort zones. They are not afraid to challenge themselves. We’re just excited to see what the future holds for them.”