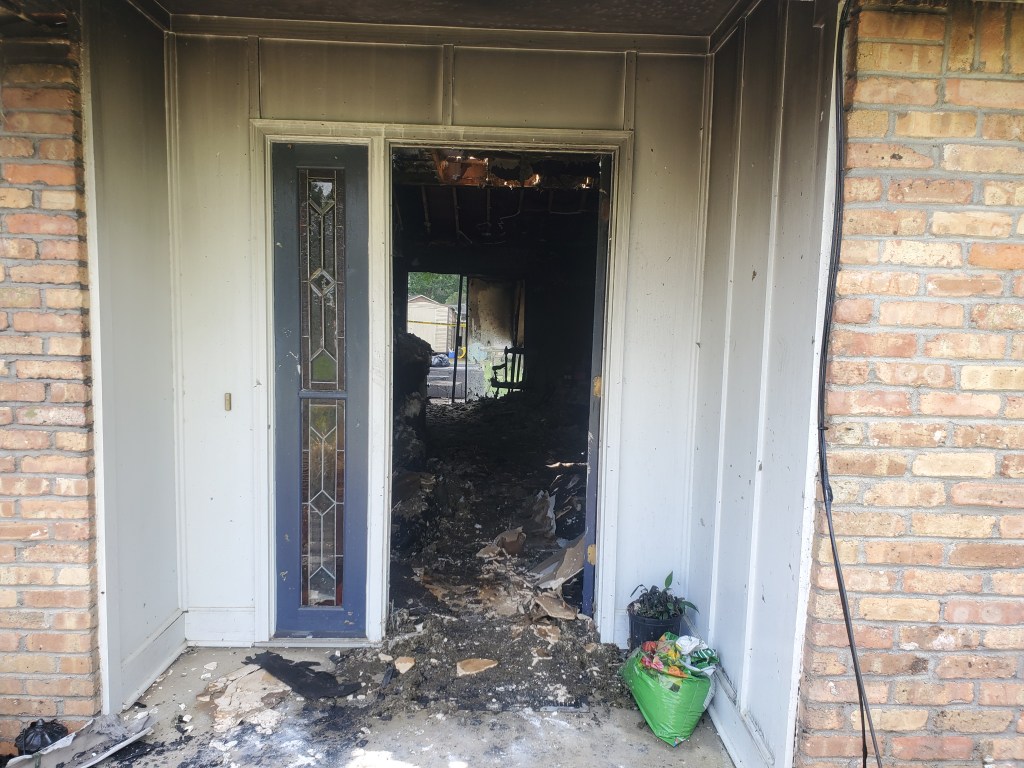 A house located at 316 North Pine Street, Brewton, was completely destroyed by a fire last Wednesday at 12:14 p.m. The Brewton Fire Chief Jeffrey Salter said the owner of the home was transported to the hospital for a preexisting condition that was unrelated to the fire. Salter said that the fire is still under investigation, but they think the fire started in the living room next to the owner’s favorite chair.

“It totaled the whole house,” Salter said. “The fire was confined in only two rooms, but there was a lot of heat and a lot of smoke damage and water damage.”

Salter said the owner of the home attempted to re enter her engulfed home a couple of different times to get her dog from the home. Salter said law enforcement had to restrain her from entering the house. Salter confirmed that the dog died from the fire. The Brewton Fire Department buried the dog next to where the owner buried her dogs throughout the years.

Twelve firemen responded to the fire. Salter said they had the fire under control within 20 minutes, but it took them about two hours to complete the scene. One fireman was emitted into the ER because he hyperextended his shoulder after tripping over some of the belongings in the home.

“No one was seriously injured by the fire,” Salter said. “The house is a total loss, but everyone made it out.”