Food bank give away 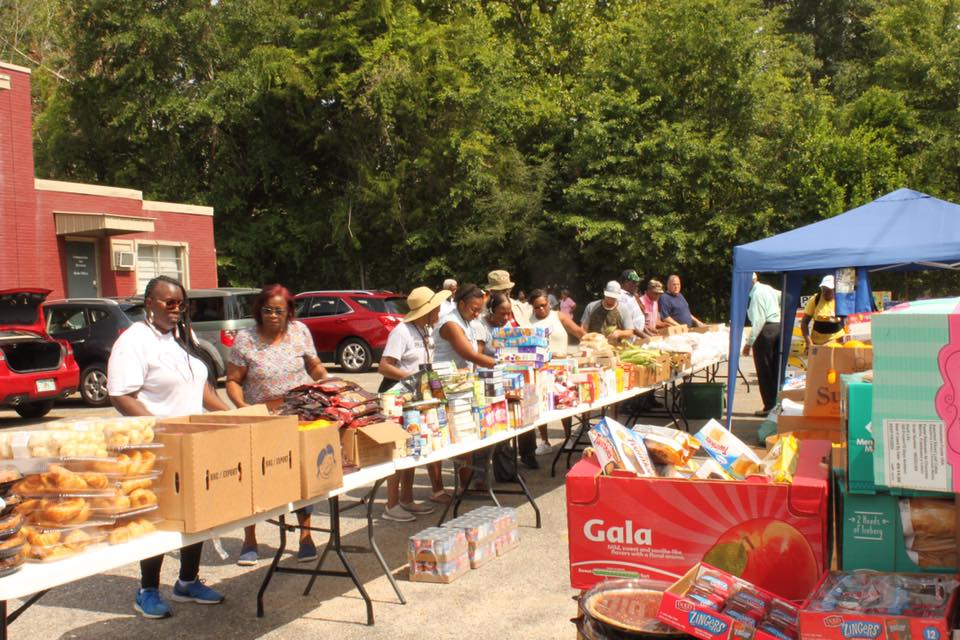 There was a mix-up with the times for the Pensacola Caring Hearts Inc. free food giveaway on Thursday at the New Beginnings Worship Center. The event was set for 10 a.m. Thursday, but many people thought the event was at 3 p.m. The confusion occurred because the Pensacola Caring Hearts’ Facebook page says the event would start at 3 p.m., but the New Beginnings’ Facebook page says that the event would begin at 10 a.m.

There were a total of 12 cars that waited in the parking lot of the church for 30 minutes to up to an hour waiting for the 3 p.m. giveaway to begin before the mix-up was announced on The Brewton Standard’s Facebook page.

Brewton City Councilwoman Cheryl Barton, who also helps organize the event, said that the event has always been at 10 a.m., but for those who missed this month’s giveaway, the next food drive will be on the third Thursday of August at 10 a.m. at the New Beginnings Church.

Despite the misunderstanding, the food giveaway had a great turnout. The giveaway had produce, canned goods, bread, sweet treats and more. There were also plenty of volunteers who helped the event run smoothly. The event was sponsored by the City of Brewton.

Santa back at North Pole after local visits