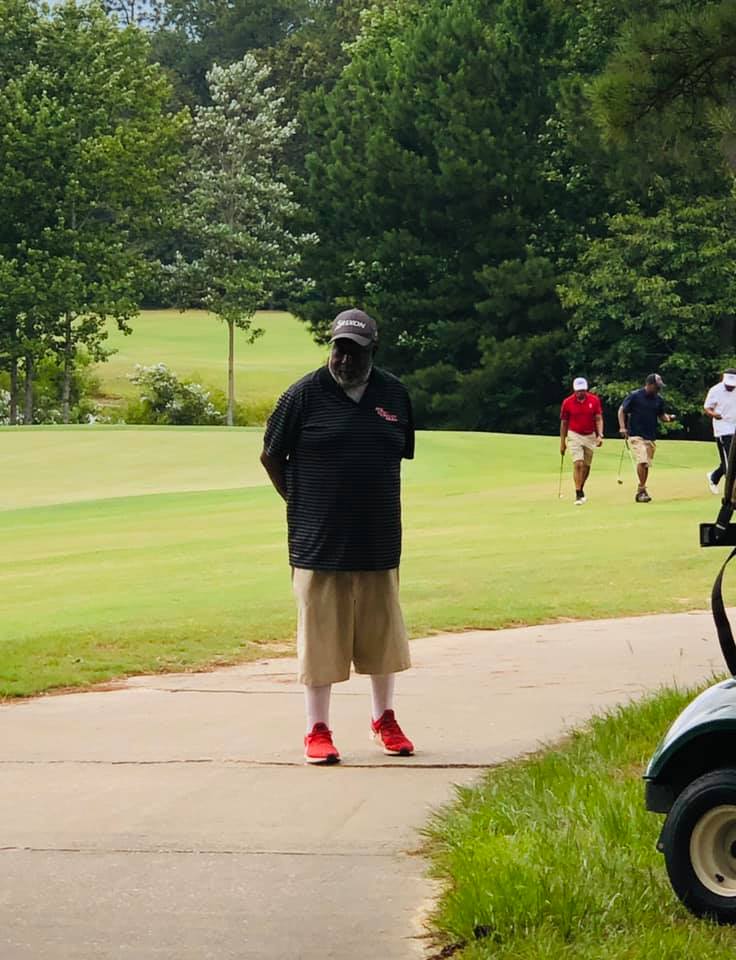 There were 20 teams that participated in the tournament. Each 4-person golf team paid $400 to play. Some of the teams were David’s Catfish, Brewton Animal Hospital and Brewton Police Department, to name a few. English said the tournament had 25 to 30 local sponsors. Peach Chevrolet offered a brand new vehicle as a prize to anyone who hit a hole-in-one at a designated hole. English said a few people got close, but no one won the car. The tournament also had two other opportunities for prizes at specific holes at the golf course.

“The tournament was very successful,” English said. “It brings a lot of people back to the area who we haven’t seen in awhile. It’s fun to see old friends. This gives them the chance to be a part of the TRM community again.”

Andrew “Zeke” Johnson was one of the many familiar faces of TRM’s community at the tournament. “The legend” as English called him was a football manager for TRM from 1969 to 1994. Retired Coach Parker grilled Conecuh sausages for all of the golf teams.

“Thank you to all those who participated in the golf tournament,” English said. “Special thanks to all of our sponsors.”