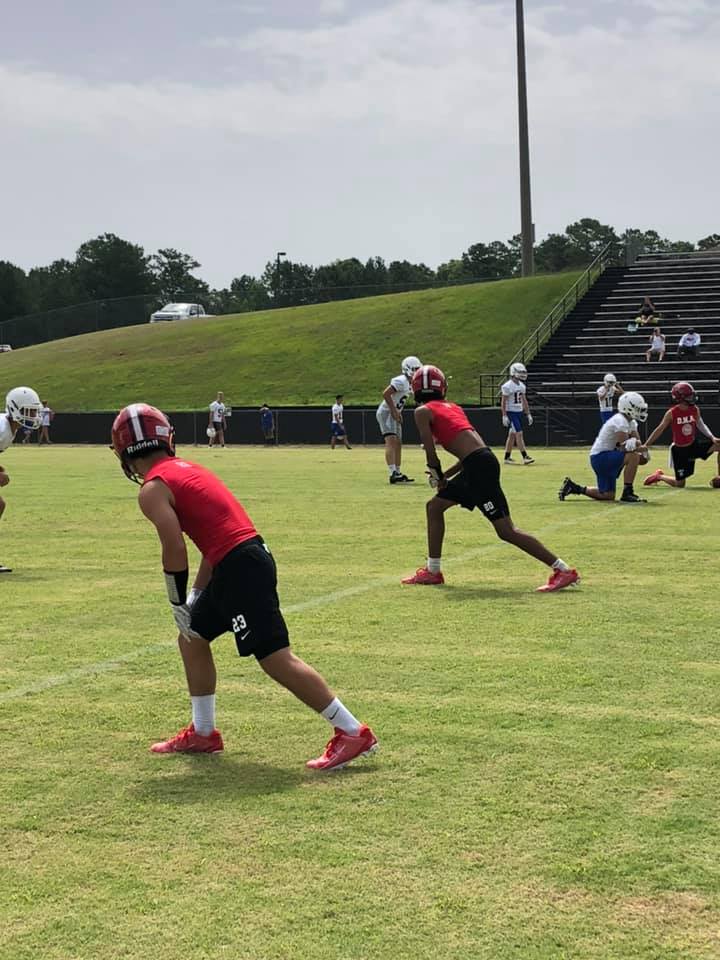 The T.R. Miller High School football team and staff have been using this summer as time for them to become a stronger team and adjust to the new head coach Brent Hubbert. The TRM football team competed in four 7-on-7 games at Elba High School last Wednesday. Coach Hubbert said that they didn’t keep score of each game, but the players and coaches knew which teams got the most points. TRM Defensive Coordinator Drew Luker said that TRM finished 4-0.

“Our guys executed well,” Luker said. “We made a couple of mistakes, but for that being our first competition, I think they did great. I think this will help us get the confidence that we need for the season.”

“It’s nice to be able to play against other teams instead of just against ourselves,” Hubbert said. “It helps improve our skills, and it helps me get to know the team. I’m getting to see how each player competes.”

Hubbert said that both of TRM’s quarterbacks Blake Jernigan and Miller Hart did a great job running the offense and leading. He also said a lot of receivers made plays.

The TRM football team will be playing in a few more competitions this month. On Monday, they will be heading to Jacksonville State to compete against a couple of teams 7-on-7 and 11-on-11.