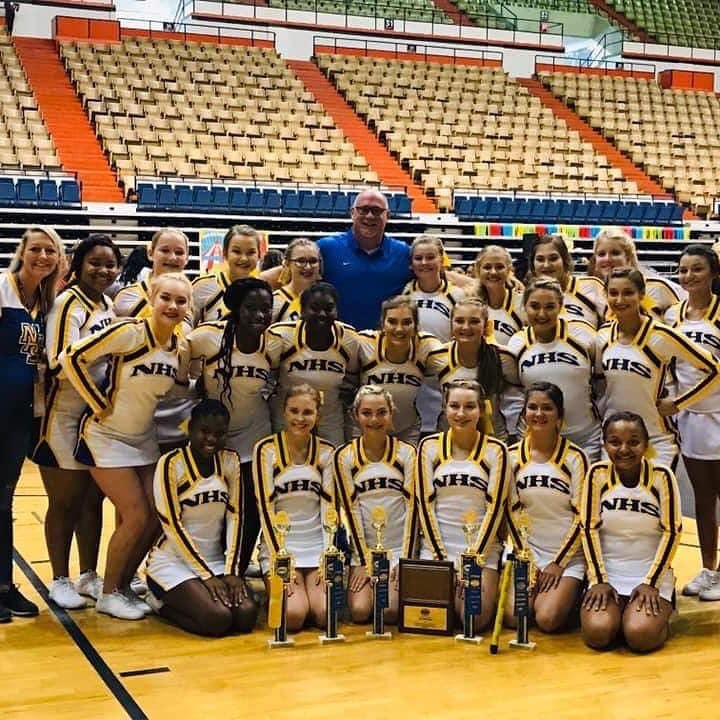 W.S. Neal High School varsity cheer squad got a taste of what it’s like to compete, and they are ready for seconds. The squad competed against six other varsity teams during cheer camp at Auburn University from June 23 to June 26. The squad won second place for rally routine, sideline chant and overall cheer. The team also received a traditions plaque and a superior trophy.

“This is a great group of determined young ladies,” WSNHS cheer coach Telena Williams said. “Cheerleading can be difficult if you don’t keep an open mind, but these ladies keep an open mind. That’s what makes them a great squad.”

“Each day of camp, they kept up good spirits and were ready to learn something new,” Williams said.

Neal’s varsity team is predominantly underclassmen. They have only two seniors and the rest are freshmen and sophomores. Williams said more than half of the team is completely new to cheerleading. Despite those obstacles, Williams said this squad is preparing to participate in cheer competitions for the first time in Neal high school history.

Williams said that she believes the camp helped the squad get a feel for what it takes to compete. The team will compete in a regional competition in November. This is Williams’ first year as coach at Neal, but she has coached other competitive squads.

“While at the camp, they saw other highly competitive cheer squads,” Williams said. “There were teams with more than 25 girls. They were performing elite level stunts. We’re not there yet, but we will get there.”

Williams said Neal is currently at the advanced beginner level with stunts, but they plan to work their way up to the intermediate level and then elite.

“I’m very proud of these girls,” Williams said. “They are a very young squad. More than half of them haven’t cheered before, but they have done an outstanding job.”