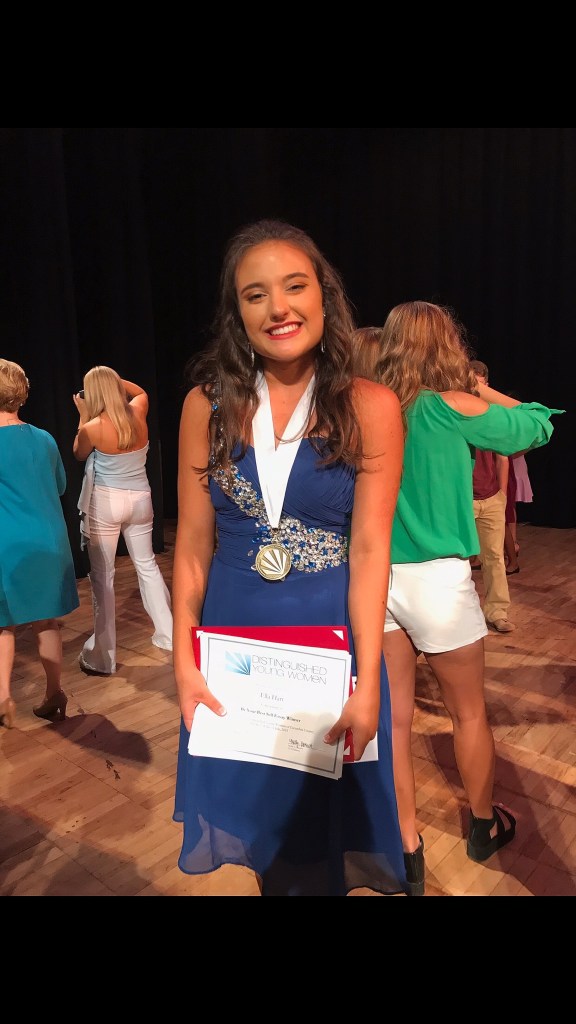 “I was completely surprised when they said my name, and I’m still in shock,” Hart said two days after the event. “I am just so grateful to have had this experience with such a wonderful, kind program.”

The T.R. Miller High School senior also won the award for the Be Your Best Self essay, the Interview, Scholastics and several scholarships. Hart received $775 in tuition for winning those three awards. For being named DYW of Escambia County, she received full tuition and fees for 82 hours from Coastal Alabama Community College which is a total of $12,956, a $750 scholarship to the University of Alabama at Birmingham, a $3,500 Excellence in Leadership scholarship and a $1,000 study abroad scholarship. Hart also won several scholarships from universities and colleges across the nation through the program, but she plans to study at the University of Alabama to become an orthopedic surgeon.

Hart is the daughter of Jim and Carolyn Hart. For the talent portion, Hart performed a lyrical routine to the song “Wind Beneath My Wings” from one of her favorite movies: “Beaches.” Hart said she is excited to see what she will be able to contribute to her new role as DYW of Escambia County.

“I hope this experience helps me to set a good example for others, and I represent my county well,” Hart said. “I want to be the best Distinguished Young Woman I can be.”

The following names are the DYW program award winners:

Schools release back to school information