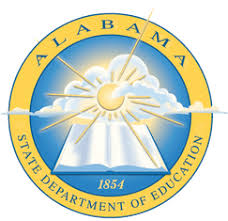 Following the report, W.S. Neal High School Principal Matthew Hodge was pleased with the report of 81.

Concluding he stated, “This is just the start for WSN. Let’s keep laying bricks.”

“Brewton City schools made an A on the report card and that is huge news!”

From the bus drivers, students, parents, teachers, board of education members, everybody plays a part in making this successful,” said Varner.

“It is rare, a lot of school systems, there are not many in the A club. For the Brewton City Schools to score an A for the second year in a row is a phenomenal achievement and worthy of recognition,” he concluded.

The State Report Card is the culmination of huge amounts of data delivered through school system portals and various other means of data sharing. Everything from individual school academic performance and student demographic profiles, to college and career readiness and educator credential/demographics are now readily available – and easily viewable by the public on the ALSDE website.

This information, although released for the past three years, has never been displayed in a fashion that is this user-friendly, even on mobile devices.

Now, largely due to the innovative work done by team members within the ALSDE, not only is Alabama meeting its state and federal reporting requirements; but are doing so in a fashion that is technologically ahead of the pack.

Alabama is one of the only states in the nation that has used graphic illustration and easily manipulative online tools to show this level rich, detailed data. All in a way that is intuitive, simple, readable, and parent-friendly.

State Superintendent of Education, Dr. Eric Mackey, said the ease-of-use with the enhanced report card, along with the ability to compare data among schools and systems, is a useful resource for anyone interested in Alabama’s public education data. Mackey said the fact that not only is the data now available for viewing on a new dashboard that hosts unprecedented information; but the data also has side-by-side comparability.

“The new report card allows you to compare up to four schools and/or school systems side-by-side, with applicable data available from 2014-2015, to the most current information available, 2017-2018,” Mackey said. “Previously, there were two separate documents that contained all the information the ALSDE is required to report for both state and federal mandates. Now, all the information for both are integrated into this one platform.”

Another important feature of this report card is that the ALSDE is completely compliant to the requirements of the Americans with Disability Act (ADA). The information available includes accountability indicators such as academic achievement, academic growth, graduation rates, college and career readiness, chronic absenteeism, and progress in English language proficiency. Student profiles now show student demographics such as ethnicity, gender, limited English proficiency, students with disabilities, students who are homeless, migrant, in foster care, or are in military families.

Information such as proficiency in reading, math, and science disaggregated by school year is available. Another new feature of the enhanced State Report Card is the depth of which you can see educator profile data. Educator credentials, demographics, years of experience, and percentage of teachers working in-field are also available.

Mackey said he hopes parents, educators, and the public alike will use this technology to learn more about what is happening inside of Alabama public schools.

“We hope this can be used a catapult to jumpstart conversations about what is working in public schools as well as identifying areas that may need support and/or additional resources,” Mackey said.