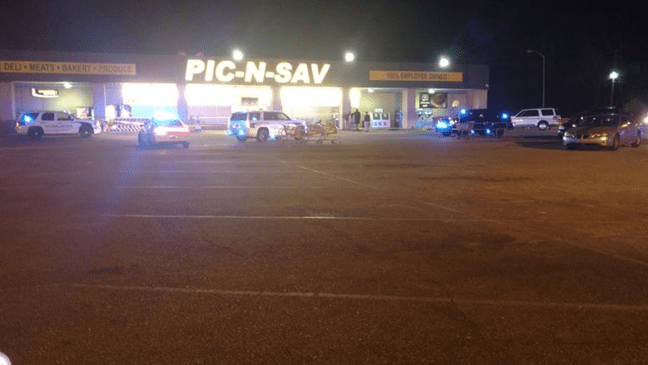 A deadly shooting occurred in Conecuh County on Monday. A local grocery store in Evergreen, Ala., turned into a crime scene, following the acts of Michael Collin Mitchell.

According to Allison Gessner with the Evergreen Police Department, Evergreen resident Lavon McCreary, who would have turned 28-years-old on Tuesday, was shot to death around 4:45 p.m. inside the Pic-N-Sav grocery store at 320 West Front St. in Evergreen. Gessner shared that McCreary, who was pregnant at the time, had been shot multiple times with a handgun, but the shooter was not at the scene when officers arrived.

Later Monday evening, 39-year-old Michael Collin Mitchell, who lives at 72 Peachtree Drive in Evergreen, turned himself over to the Conecuh County Sheriff’s Department, where he was booked into the Conecuh County Jail on capital murder charges. Mitchell remained in jail as of Tuesday afternoon.

Officials declined to comment on what led up to the shooting; citing the ongoing investigation, but Gessner confirmed that McCreary and Mitchell did have children together. Officials indicated that more details would be made available in the case as the investigation unfolds.