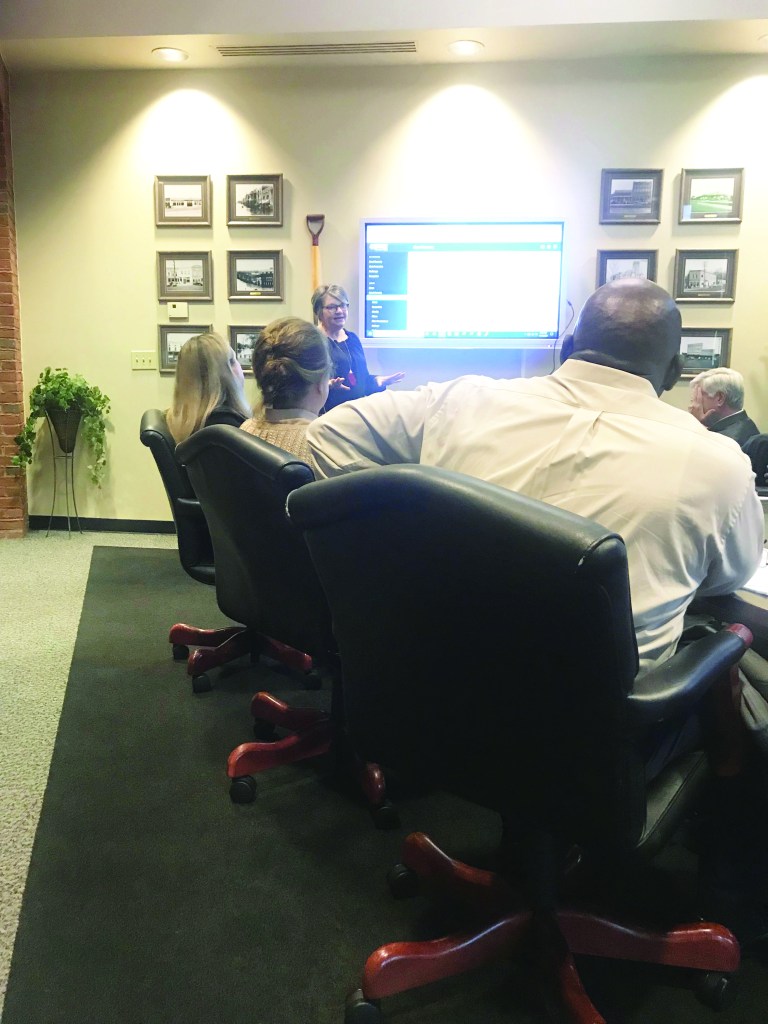 Above, Phyllis Neal addresses the council during the workshop on Mon. Standard photo/Barrett Edge

Phyllis Neal spoke to the city council during a recent workshop meeting.

In response to the Pensacola cyberattack, the council listened as Neal explained in depth the security surrounding the city of Brewton offices.

The Pensacola attack occurred in early Dec. of last year, and many of the city services were disconnected until the issue was resolved.

“Because of all the attacks on the Pensacola realm that we know went on after the shooting of the Pensacola Base, I am here to show you what I do every day,” said Neal.

According to a recent news release Cyberattacks against U.S. cities and towns have increased in recent years. One interesting fact and common denominator is the small town. According to the FBI many state and local governments have taken the brunt of the attacks in recent months.

At the meeting, Neal presented the council with the different tactics in place to keep the city secure.

Demonstrating her method of monitoring, Neal said, “I can log in every morning and have access to every computer.”

Pointing to the screen, she explained, “These are all the things that have been blocked in the last 30 days.”

“They’re out there and this is working,” added Neal.