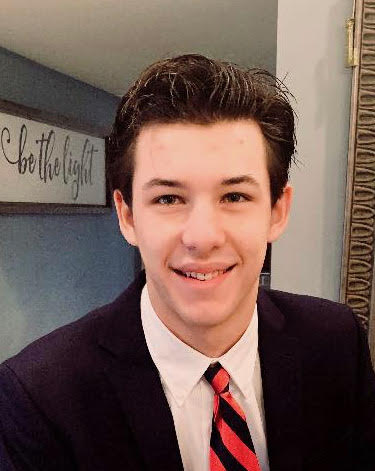 U.S. Senator Richard Shelby (R-Ala.) today announced that he has nominated 58 students from across the state of Alabama, including one from Escambia County, to attend United States service academies.  Service academies include the U.S. Naval Academy, U.S. Air Force Academy, U.S. Military Academy, and U.S. Merchant Marine Academy.
Samuel Victor LoDuca of Brewton, Alabama, received a nomination to attend the U.S. Military Academy.  He is the son of Summer and Paul LoDuca and is a student at T.R. Miller High School.
“I am honored to nominate Samuel LoDuca to the U.S. Military Academy,” said Senator Shelby.  “His academic record and achievements outside the classroom ensure he is equipped to succeed in this new endeavor.  I wish him the best of luck in this next chapter and look forward to his future accomplishments.”
In order to be considered for a service academy nomination, applicants must be residents of Alabama and complete the required ACT or SAT exams. They must also provide letters of recommendation, an official school transcript, a qualifying medical examination, and a completed application form found on Senator Shelby’s website.
Although Senator Shelby has nominated these students, the academy to which they received a nomination will make the final admission decision.
You Might Like

The Escambia County Schools System approved the purchase of a piece of property in Flomaton for extra parking at the... read more