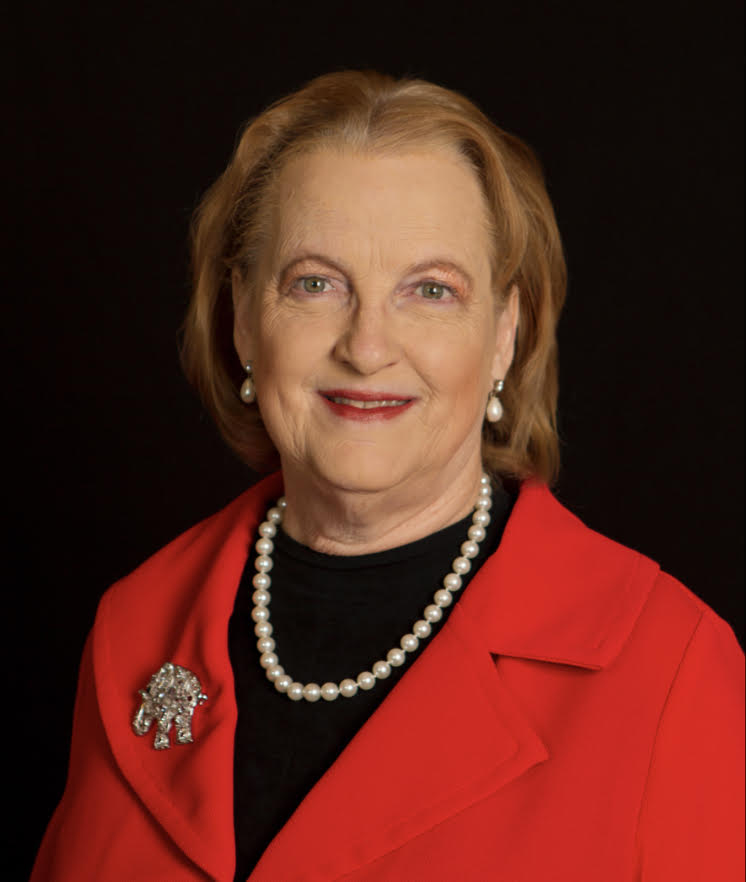 Jackie Gay, local Republican grass roots volunteer of 22 years, will be on the March 3, 2020 ballot for Trump Delegate in Congressional District 1 for Place 2.

This voting district includes Escambia, Baldwin, Mobile, Monroe and Washington Counties and a small portion of Clarke County.  Jackie currently serves as the Chairman of the Escambia County Republican Party and has served as Secretary and Vice-Chair.

Her desire for serving also reaches across the state as she continues to serve on The Alabama Republican Party Executive Committee since 2009. These are all volunteer positions. Through the years since 1998, Jackie has served as a campaign volunteer for many successful candidates in county and statewide races spending countless hours of fund raising, door knocking and phone banking.

In 2016, Jackie was elected to serve as an Alternate Delegate for Donald J. Trump at the Republican National Convention in Cleveland, Ohio. It was a great week of enthusiasm and energy as delegates cast their votes on the floor, state by state. The final night of convention was a great celebration and a time for a new beginning for the country with the nomination of Donald J. Trump for our next president.

Jackie Gay has a passion to be elected to serve as a Trump Delegate in Alabama. This is an opportunity to represent the voters and an honor to cast a vote on the floor for President Trump in August 2020 at the national convention in Charlotte, NC. The question often asked is if there is monetary reward for serving as a delegate. The candidate has to pay a fee of $150 to be placed on the ballot and pays all expenses involved with convention which includes transportation and lodging for about a week.

Jackie Gay has lived in Brewton since 1973 when she and her husband Jim, a Vietnam Veteran, returned home to Brewton. Together they have two married daughters, Lisa (Stephen) and Laura (Steve) and two grandchildren, Gracie and Emrys. She is a member of First Baptist Church where she taught Youth Sunday School for over 30 years. Jackie is a retired church secretary. Volunteer activities include Brewton Civic League, active fund raising for Drexell and Honeybees (local food bank and donations only restaurant and a supporter of Sav-A-Life and the Brewton Council of the Arts.

Jackie is currently traveling the district to get her message out and is enjoying talking with voters. If you have questions about her candidacy, Jackie can be reached at 251-809-4322.