Jackson points to another state title for TRM 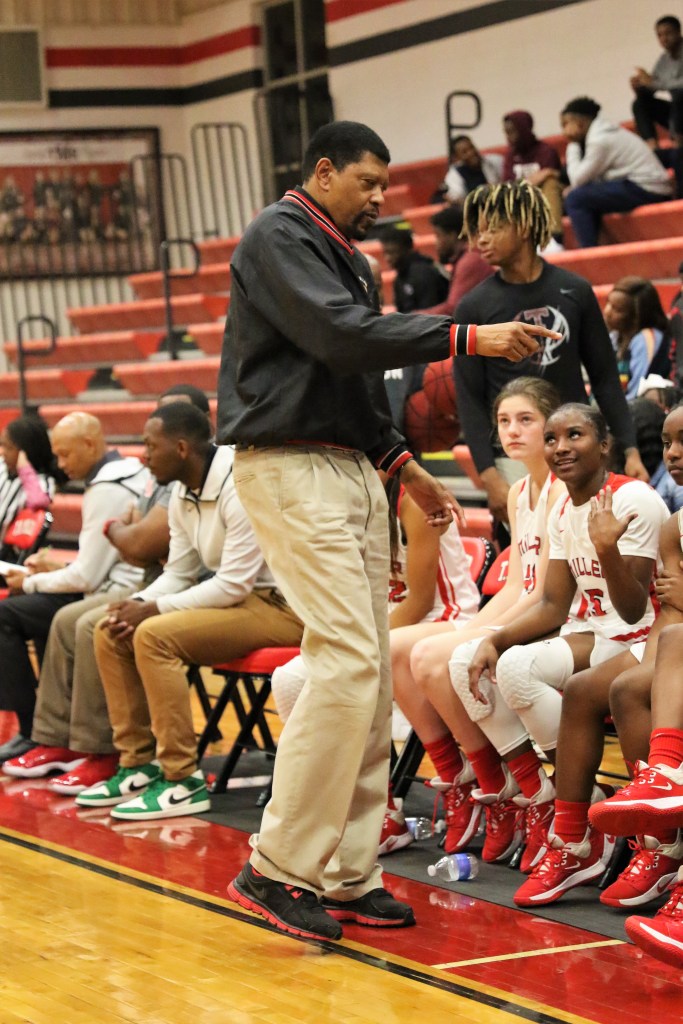 Above, Coach Ron Jackson coaches girls on and off the court during a recent game this season. Standard photos/Allison Terrell

Coach Ronald Jackson is in his 30th year at T.R. Miller. Jackson has coached the Lady Tigers to four state championships.

Before those titles, however, Jackson coaach the Monroe County ladies to a state championship in 1987.

The coach fondly remembers that team and was asked to compare Monroe County to this year’s edition of T.R. Miller.

“It’s always good to get in the big dance,” Jackson said. “This team is all together different from that Monroe County team. We have a couple good athletes on the team I have now, but we are not as athletic as that team was.

“What we have here at T.R. Miller is good kids that work hard, but we don’t have a whole lot of athletic kids. This team is really hard workers.”

Jackson said he felt like this team would go deep into the playoffs. He said the Lady Tigers have been “knocking on the door of this thing” for the past three season, pointing out that the win over Prattville Christian in the region semi-finals was huge and avenged last year’s lot to the Lady Panthers eliminated TRM from post-season play.

“We are a family,” Jackson said. “These kids play together. They work hard. I started working with thee girls when they were in elementary school. It’s been a work in progress and by the time they get to be juniors and seniors they are pretty good at what they.

“But there’s such a change in kids now compared to the Monroe County team. Everything has to be structured. They don’t actually go out andd do things on their own.

“But we’re in the Final Four, but it’s just another day on the job for me. The thing is, I’m proud of these girls no matter what. I’ve watched these girls grow up. We started in middle school and moved to high school. It’s like watching a flower grow and blosom. Thse kids hve done that.