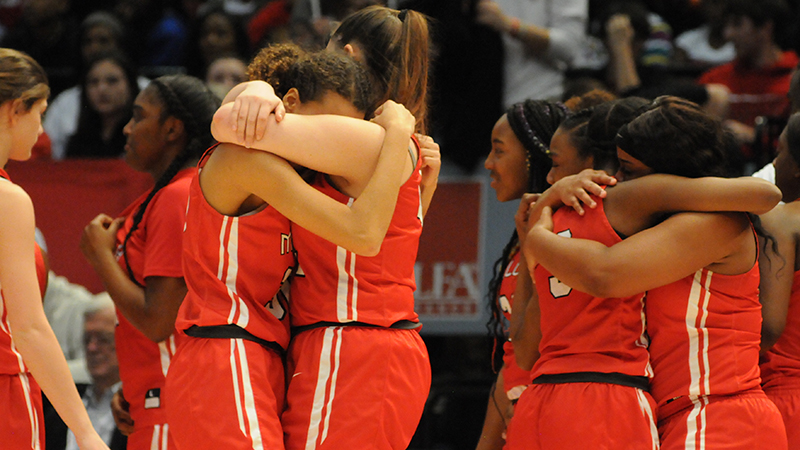 BIRMINGHAM – T.R. Miller went up against a different style of basketball on Friday as the Lady Tigers battled back from a double-digit deficit in the second half, but came up short falling 59-52 to Pisgah in the 2020 AHSAA Class 3A state championship.

Longtime TRM coach Ron Jackson said a lot of the team’s woes in the first half was because of the state champions in PHS. 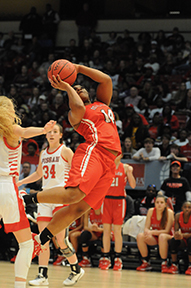 “They kind of spread out on the three point line and we had nobody on the block,” Jackson said. “They shot well out there. By the time we realized that we couldn’t play our typical defense — and we had to make adjustments at halftime — it was a little bit late.”

However, the Lady Tigers battled back in the third period, going on an early 7-2 run, thanks to two Raivon Ewing field goals, a layup by Aleria Smith and a free throw by Ewing.

With a big lead, the Lady Eagles kept doing what they did in the first half – making shots.

TRM’s Ja’Nazsia Nettles hit two 3-pointers late in the third to cut the game to 10 points going into the fourth.

As the Lady Tigers battled in the fourth, cutting the game to nine poits with a layup by Ewing, Pisgah increased its lead to 50-37 on a 3-pointer by Kallie Tinker a short time later.

Smith led the Lady Tigers with 14 points, and Ewing backed her up with 12.

With this victory, PHS won its third straight championship.

PHS coach Carey Ellison said this win means a lot, not only to him, but to his parents and the community of the north Alabama town.

“The words aren’t there how much this bunch means to me,” Ellison said. “This victory was for girls.”

Ellison said the team had something to prove all season.

“We had some great players last year,” he said. “We tried hard not to mention they were not here. The girls, they improved their skills and leadership. That was a major goal.”

For TRM, the Lady Tigers ended their season 28-2. Their only other loss was to Class 6A Carver in Montgomery.

“Like I was telling the team what we have to do to win a championship – we have to travel to the north and play,” Jackson said. “We have stay a couple weeks and play basketball. They play a whole different style of basketball than we play. I was laughing because they could miss layups and make the threes, all of them. That was unique. That was a credit to a different style of play, and it really caused us some problems.”