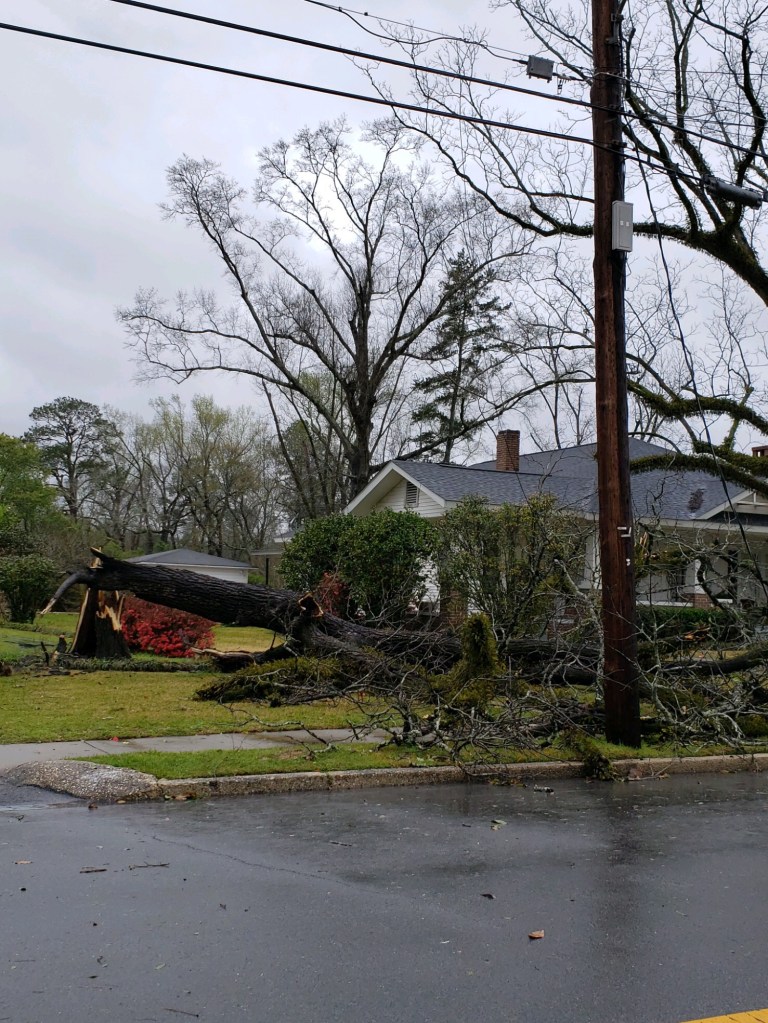 This morning severe weather caused much damage in the area.
At 7:55 a.m. Brewton, Appleton, and Central Escambia County were placed under a severe thunderstorm warning. According to local Meteorologist Spinks Megginson, the storm passed over the area at approximately 8:05 a.m.
“There were numerous trees blown down across the city of Brewton, Foshee, and surrounding areas due to damaging straight line winds,” Megginson said.
“There is no question, it was not a tornado,” he added.
Affecting the early morning traffic, many fallen trees caused power outages and blocked roads throughout the area. As reported by the city of Brewton, multiple streets in the city are blocked due to downed trees. Currently, Alabama Power has local crews working to restore service with more crews en route to assist in the cleanup. Outages could potentially last up to a day as the work to be done to power poles and lines damaged in the storm are extensive.
Rain is expected over the next 24 hours; however, a threat for severe weather remains low at this time. “A low end risk continues over the next few hours for the area,” Megginson said.