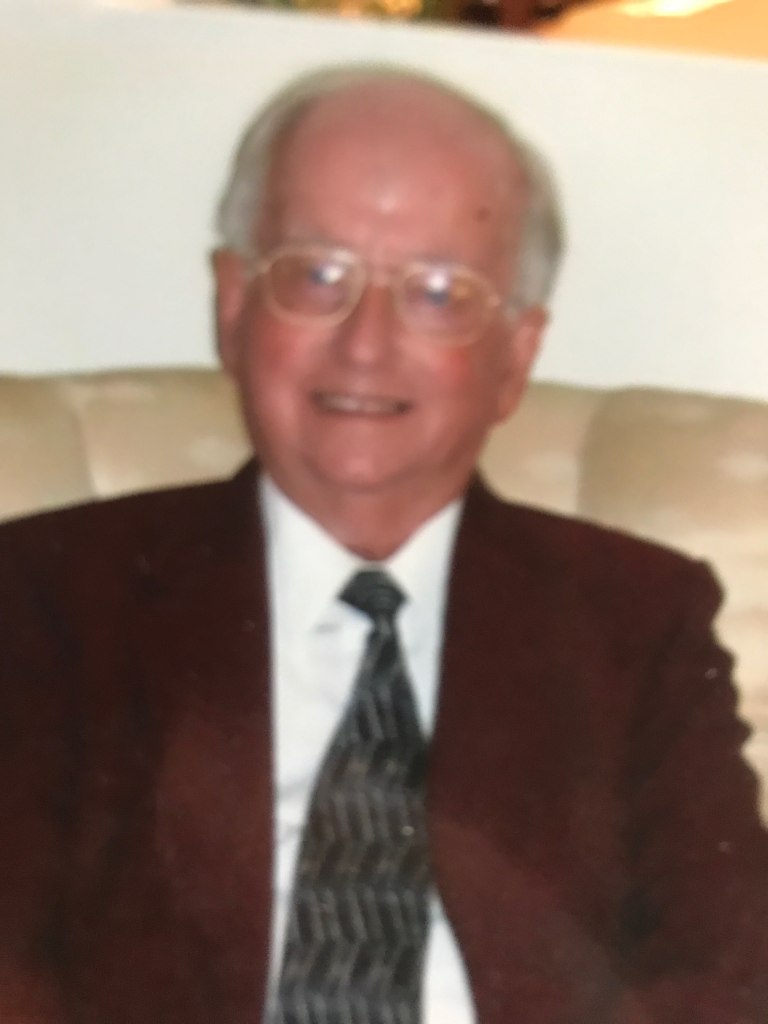 Above, East Brewton Mayor Hoover Lovelace Parker passed away on Thurs. April 30. Parker served the community for his entire life and will be greatly missed. Submitted photo

A man considered by many to be an East Brewton icon died last week and left a wake of family and friends who will mourn the loss in the days ahead.
Hoover Lovelace Parker passed away Thursday, April 30 at his residence. He is known primarily for the business he began in 1966. Big Bear Supermarket opened in 1966 after the construction of Horton’s Plaza was completed. The store, which remained under Parker until 2004, became known as Parker’s Big Bear and later as Magnolia Superfoods when a new company bought the business. The business is now known as Piggly Wiggly. Many area residents still refer to the store as Big Bear no matter what the name changes may be.
Margie Arthur worked with Parker for many years and fondly remembers their time together, even before Big Bear.
“We worked together at Byrd’s and then at Nolan’s,” Arthur recalled. “He worked in the market and I worked up front. When he opened Big Bear, I went with him and worked with him for 40 years.”
Bobbie Brooks also started out as an employee with Parker in the early 1970s. Brooks would later become a partner with Parker in the business.
“I can say I enjoyed working with him,” Brooks said. “We were just one big family and it made working easy.”
Both Brooks and Arthur had recollections of the generosity of Parker to his employees, friends and the customers who brought success to the business.
“I know that he took care of the people who made the business good,” Arthur said. “There were times when people would not have the money to get what they needed, but he would always help them out. That’s how he was. We were a family and he’d do anything for us that he could to help us out.”
Brooks also said that Parker was generous in other ways that helped people, sometimes without the recipient even knowing it was he that did the good deed.
“He knew people who needed help from time to time,” Brooks said. “If someone didn’t have a way to travel to get their groceries, he would deliver them. He did what he could to help others.”
Arthur said the job she had was made easier and holds many good memories of her time working as an employee of Big Bear.
“Lovelace and Bobbie were the best people to work for,” Arthur said. “We had fun while we were working together and that made the days of work good. He took care of us so many times and he just got along great with everyone. It was a good work environment because of him.”
Along his working years, Parker was also active in the business of the city of East Brewton. He served as a councilman for the city from 1964 to 1972. In 1980, he was elected as mayor for the city and served in that position for two terms being reelected in 1984. Following his time as mayor, Parker was elected to the Escambia County Commission in 1988 and served the citizens of the county until 1996.
“He never really stepped away from the business,” Brooks said. “With his other work, he did cut back on his time at the store, but he was always involved until the business sold in 2004.”
Funeral services were held for Parker on Monday, May 4 with graveside services at Fort Crawford Cemetery in East Brewton.
His wife, Lynnetta M. Parker of East Brewton, survives him. He is also survived by a son, Michael Parker of East Brewton; a daughter, Jan Parker Kinard of Daphne; a daughter–in-law, Susan Parker of Brewton; two step-sons, Hal Whitman and Allen Whitman, both of Brewton.
For the full obituary, see page 3 of today’s paper.