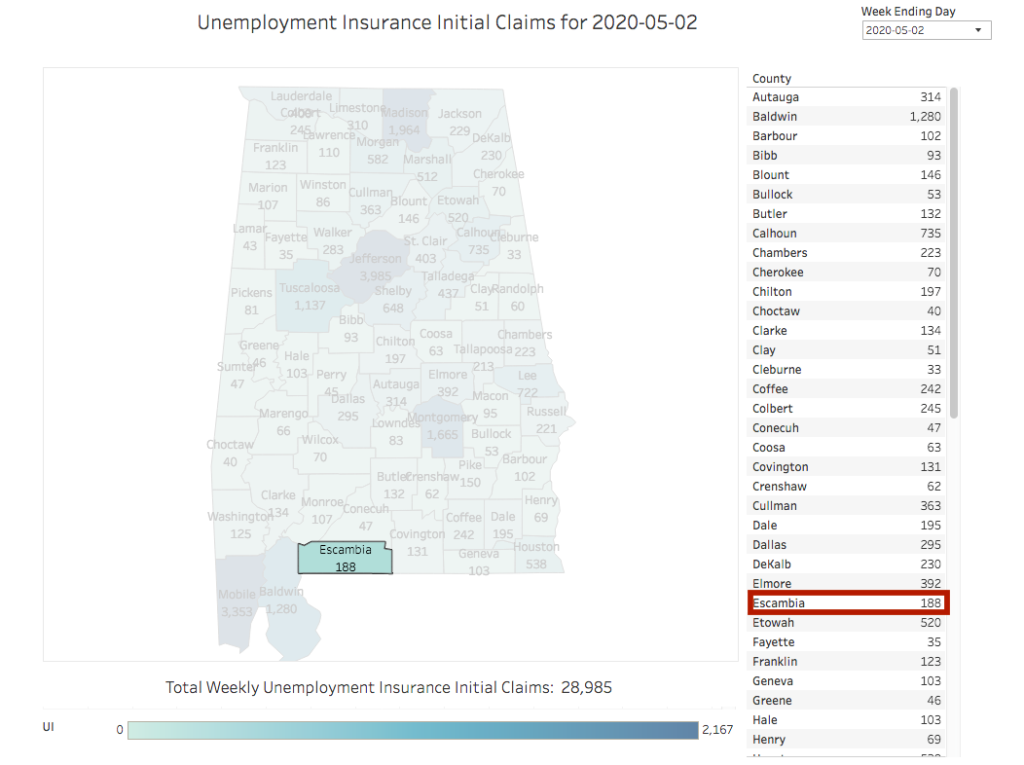 The Alabama Department of Labor released the official count for initial claims filed during the week of April 26 – May 2, 2020.

28,985 initial claims were filed either online or by telephone during this time period across the state. According to the ADOL, 188 claims were attributed to Escambia County.

Compared to other weeks, the reported numbers are substantially lower. Statewide the number decreased by approximately 45,000 claims in just one week. For the county the 188 was much lower than the 393 last week, or the 544 reported on April 4. It seems unemployment claims are on the decline.

$247,872,000 of those funds are FPUC, the $600 stimulus benefit added to weekly unemployment compensation benefits.

ADOL has issued payments to 84% of those filing COVID-19 related active claims since March 16, 2020.

“Following last week’s release of the new PUA app, we were able to get a good deal of those benefits out in a faster manner,” said Washington. “Additionally, those who have exhausted their unemployment claims are now seeing payments.”

“We continue to work on a daily basis to improve the systems to make them more efficient and to streamline payments,” continued Washington. “We hear the complaints and take them seriously. ADOL is working around the clock to ensure that everyone who is entitled to these funds receives them. Even though we’ve made payments to 84% of those who have filed, we know there are many still waiting, and you have not been forgotten.”

Claimants can track their claims status by using the UI Claims Tracker, which can be located at https://uiclaimstracker.labor.alabama.gov/.

CACC will host virtual graduation on May 8