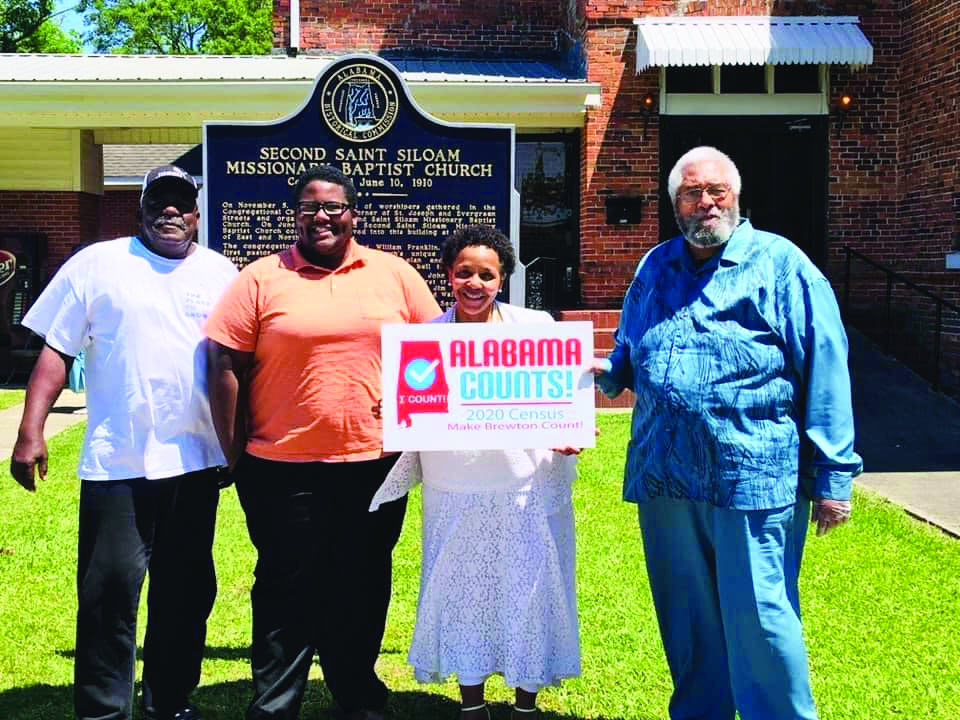 The 2020 Census is required by law. According to the U.S. Constitution, a headcount of everyone every 10 years residing in the 50 states, Puerto Rico, and the Island Areas of the U.S. is required for people of all ages, races, ethnic groups, citizens, and noncitizens. Dating back to 1790, the census plays an important role in government.
The totals collected from the census determine the number of seats each state has in the House of Representatives. States also use the totals to redraw their legislative and school districts. The city of Brewton will even receive funding based on the count. The population totals also affect funding within communities, and data collected in the census help decision makers know how a community is changing. Approximately $675 billion in federal funding is distributed to communities each year.
The U.S. Census Bureau must submit state population totals to the President of the United States by December 31, 2020.
Gov. Kay Ivey emphasized the importance of the census earlier this year. “The stakes are high for Alabama in the 2020 U.S. Census, and our success depends greatly on helping each Alabamian understand the importance of completing and submitting their census forms in the spring of 2020. When we all do our civic duty, we ensure that the state gets our fair share of funding for dozens of critical programs and ensure we maintain fair representation in Congress,” said Ivey.
For Brewton, an accurate census count is critically important. In the coming weeks, if residents have not responded, the U.S. Census Bureau will follow up in person to collect a response.
City of Brewton Public Lands Manager Steve Layton recently challenged city employees and others to, “Beat the Knock.” In an effort to encourage participation, Layton asked everyone to complete the census and post a picture with a sign around town. Layton said in a recent video, “I offer a challenge for all of you on Facebook to ‘Beat the Knock.’ Find one of these signs around town and post a picture and proclaim to everybody that you have beaten the knock.” In the coming weeks if not completed, residents should expect a representative from the Census Bureau at his or her door.
Things to remember if someone appears at the door:
-If someone visits your home later this year to collect information for the 2020 Census, check to make sure they have a valid ID badge with their photograph, a U.S. Department of Commerce watermark, and an expiration date. Census workers may also carry Census Bureau bags and other equipment with the Census Bureau logo.
-The Census Bureau will never ask for information pertaining to social security numbers, bank or credit card account numbers, money or donations, and/or anything on behalf of a political party.
– The decennial census will collect basic information about the people living in your household. When completing the census, you should count everyone who is living in your household on April 1, 2020.