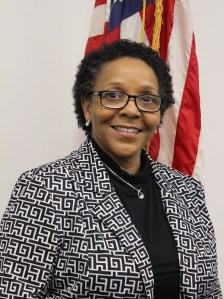 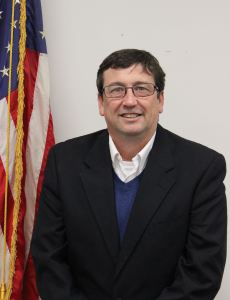 Board Members Regina Watson and Mark Manning were named president and vice president, respectively, at the May Brewton City Schools Board of Education Meeting.
One of many actions taken during the meeting, the BOE focused on many different topics. The meeting took place on May 18, and was virtually conducted on Zoom and livestreamed on YouTube for the public.
Board members in attendance included Mark Manning, Regina Watson, Bart Till, and Ann Peach. Superintendent Dr. Kenneth Varner and CSFO Samantha Sanks were also participants, while Board Attorney Broox Garrett was in attendance. The Zoom meeting was managed by Technology Coordinator Bret Dehoff.
Opening the meeting, the April board meeting minutes were approved as well as the financial report for April.
“We expect that to look a little different next month because of the shut down,” said Varner in regard to the April 2020 financial report. This concern was due to the coronavirus pandemic and its effect on income and sales taxes.
Next, the board discussed the a new policy regarding student drug testing.
At this point I would like to introduce this drug testing policy and lay it on the table.
I think it would be something positive for our school system,” said Varner. With multiple questions from board members, a date was set for a separate workshop to discuss the policy. The policy will be presented at the next board meeting.
Under Personnel Actions, the following personnel for current employees were unanimously approved by the board. This information is according to the minutes from the board meeting shared on the Brewton City School System website.
CERTIFIED PERSONNEL
TRANSFER
Amber Dunaway -BES 3rd to BES/BMS Gifted
Alisa Thomas-BMS Elementaryto TRM Guidance
RETAIN
Samantha Brown -BES Special Education
Jennifer Hall -BES Art
Becky O’Neil -BES Intervention, part time
Beth Robinson -BES Elementary
Ryan Shell -TRMCareer Prep
Brett Chancery -BMS Math
Landon Lasseter -BES Physical Education
Norman Dean -TRM Social Studies
Danny Carpenter -TRM Spanish
Debbie Stokes -BES Assistant Principal
Leslie Barger -BES Elementary
Brent Hubbert -TRM Head Football Coach/AD
Kelly Hubbert -BMS Elementary
Holly Bell -BMS Elementary
Tammy Alford -BMS Library Media
Dustin Kennedy -BMS Social Studies
Ashley Salter -TRM Math
Emily Fowler -TRM Science
Scott Hethcox -TRM Science
TENURE –CONTINUING SERVICE STATUS
Nancee Dehoff-BES Elementary
Jessica Butts -BMS Elementary
RESIGNATION
Karen Whitt-BES Elementary
During personnel actions, the board unanimously approved the hiring of Amber Lambert as Elementary Teacher at BES, Mallory Booker as Elementary Teacher at BES, Lindsay Skinner as Elementary Teacher at BES, Misty Woodham as Elementary Teacher at BMS, Amanda Waguespack as Elementary Teacher at BMS, Andy Lambert as Physical Education Teacher at BMS, Claude Dubose as custodian at T.R Miller HighSchool.
Following these approvals, Varner provided his update related to COVID-19 pandemic. “Just some updates on COVID-19. As you are aware, schools have been shut down and our teachers have done an amazing job of getting instruction out to kids. Been very pleased with the response we have had work the kids have done and the work the teachers have done. This has been some amazing professional development for our teachers,” said Varner.
Varner said that the school is in the process of collecting school work and digital devices. He also announced that the meal program would end this week with the last delivery on Tues. With the new health order in place, Varner discussed the potential of opening the school facilities, as well as a graduation ceremony option.
Responding to his report, the board discussed plans for a graduation ceremony. Varner also provided updates on legislative actions that affect the school system. In closing, Varner provided the board with a summary of the professional development activities he has engaged in during the past calendar year. Finally before closing the board elected new officers for the following year. Regina Watson was named president and Mark Manning, vice president. The action was unanimously approved. The next board meeting will take place on June 15, 2020.