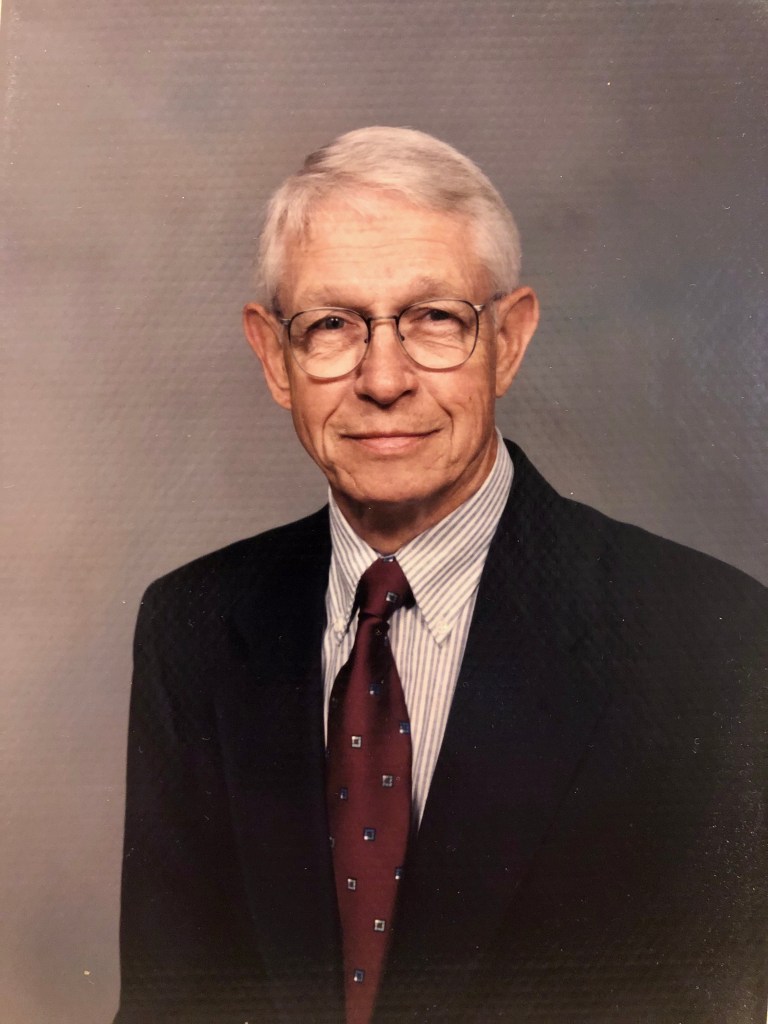 Leonard “Len” William Brickman, 96, from Brewton, passed away in the comfort of his home in Daphne, Alabama surrounded by loved ones on April 18, 2020.
Len, originally from Elyria, Ohio, is survived by children Scott and Anne (daughter) Gardner, Joey (son) and Charlene Brickman, Henry and Jennifer (daughter) O’Donnell, Jerome (son) and Christi Brickman, Jan (niece) and Frank Grzonka, and mother of his children Lorena Frederick, and 11 grandchildren and other nieces and nephews.
After graduating Elyria High School in 1941, Len spent time in the Merchant Marines and then eventually attended Ohio State University. After receiving a job offer with Georgia Kraft, the paper mill in Rome, GA, he made his move south.
In 1957, Len, often known as “Brick” or “LW” went to work at Container Corporation of America (Georgia-Pacific) where he eventually became the Power House Superintendent. After 36 years, he retired and became an active member of St. Stephen’s Episcopal Church where he served on the Vestry. Besides his family and his church, he also loved the Auburn Tigers and the St. Louis Cardinals. However, his greatest pastime was golf. He loved the game and traveled the world playing various courses. The saddest day of his life was the day he could no longer swing a club.
In 2010, Len moved to Daphne, AL next door to his daughter Anne. During these years, he found much joy in watching his grandsons grow up and spending time with family. Often giving all of his grandsons golfing instructions.
Special thank you to Brightstar Care and Hospice of Mobile for the excellent care received during his final days. Per Len’s final instructions, his body was donated to the USA Research Center.
There will be a Celebration of Life at St. Stephen’s at a time to be determined.