United States Attorney Richard W. Moore of the Southern District of Alabama announced that Timothy Felder, 47, of Brewton, Alabama, was sentenced today in federal court on a charge of failure to register as a convicted sex offender. Felder pled guilty to the charge in December of 2019.
According to court documents filed in connection with his guilty plea, Felder had previously been convicted of Incest in Fulton County, Georgia. As a result of that conviction, Felder was required to register as a sex offender for life. Felder was initially compliant with his registration conditions. On April 4, 2019, Felder requested permission to work for an amusement company that was temporarily set up in Atmore, Alabama. That request was denied by an Escambia County Sheriff’s detective. Felder was scheduled to report for address verification in June 2019 but did not report. Escambia County Sheriff’s detectives went to Felder’s address. Residents there told detectives that Felder had not lived there for approximately two months, and that he had told them he was leaving to work for the traveling amusement company. Felder was eventually located and arrested by members of the U.S. Marshal’s Service in Milton, Florida, on September 25, 2019. An employee of the amusement company reported that Felder had been working with them since March 2019 and had travelled to locations in Alabama, Tennessee, Kentucky, Indiana, Illinois, and Wisconsin. Felder did not register in any of those jurisdictions. Felder was interviewed and admitted to traveling out of state, failing to register in those states, failing to get permission to travel, and failing to attend registration appointments.
United States District Court Judge Terry Moorer imposed a sentence of 14 months imprisonment. The judge ordered that Felder serve a ten-year term of supervised release beginning upon his discharge from prison. Upon his release from prison, Felder will be required to undergo sex offender treatment and to register as a sex offender. Judge Moorer ordered that Felder pay $100 in special assessments.
This case was brought as part of Project Safe Childhood, a nationwide initiative launched in May 2006 by the Department of Justice to combat the growing epidemic of child sexual exploitation and abuse. Led by the United States Attorneys’ Offices and the Criminal Division’s Child Exploitation and Obscenity Section, Project Safe Childhood marshals, federal, state, and local resources to locate, apprehend, and prosecute individuals who sexually exploit children, and to identify and rescue victims. For more information about Project Safe Childhood and for information about internet safety education, visit www.usdoj.gov/psc
The case was investigated by the Escambia County Sheriff’s Office and the United States Marshal’s Service. It was prosecuted in the United States Attorney’s Office by Assistant United States Attorney Kacey Chappelear. 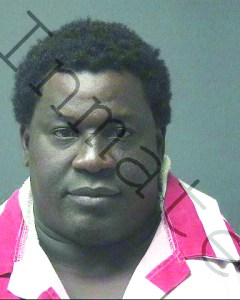