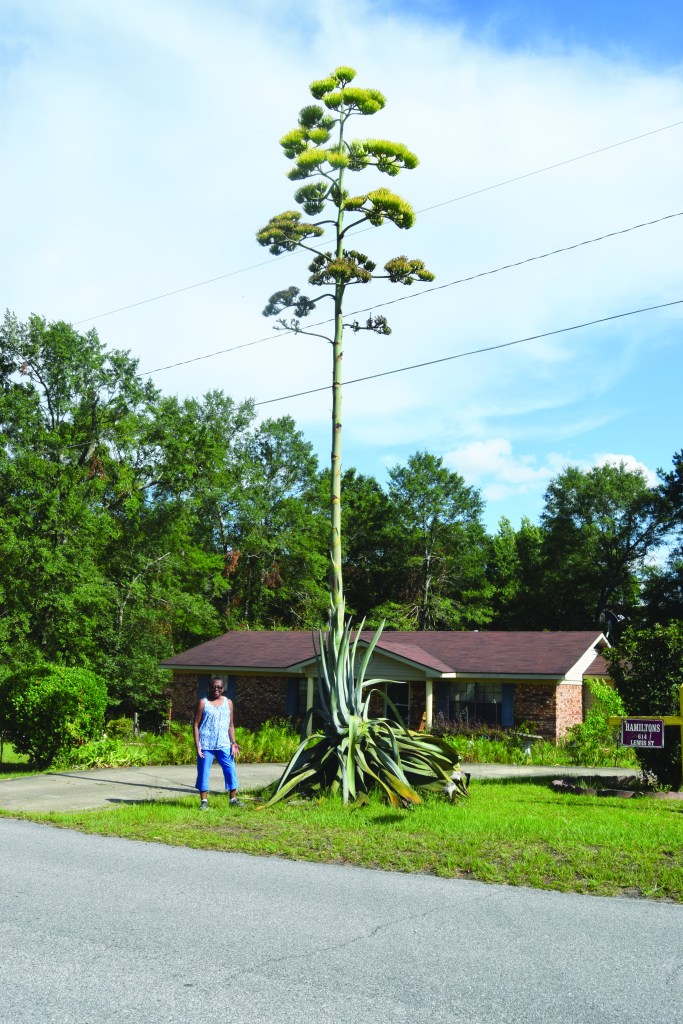 This past month, a plant surprised its caretakers by its height and massive bloom.
“I though it was just a cactus, never thought it would be as tall as the power pole. It was amazing,” said Mrs. Mamie Hamilton of Brewton.
More than the average sized cactus, the Agava americana is a unique type of plant that produces a 15-40 foot bloom at the end of its life. The plant is more commonly known as the century plant and requires full sun.
In a recent interview, Hamilton and her daughter, Michele Bonam, shared more about the rare incident.
“It has been a long time since she planted it. I think I may have seen a picture of it from 2006, when it was small,” said Bonam.
“It started out really small, I had no idea it would come to this,” said Hamilton.
According to Lady Bird Johnson Wildflower center, the handsome evergreen is composed of a lily-like blue-green foliage that produces a stunning bloom stalk with maturity at ten years or more. The plant dies after reaching full maturity. The bloom color is yellow and it normally blooms in the months of June or July.
Even though Hamilton’s plant is in its final stages, the perineal does have a regenerating system producing a small plant that can replanted.
“At the very bottom of it, the new stalks standing up, those are new and you can replant that,” said Bonam.
“If I can replant it, I plan to,” added Hamilton.
Becoming a centerpiece of the community, Hamilton said that many of her friends have reached out regarding the plant. “A lot of people come by and say, ‘Can I take a picture?’ and I say, ‘Go ahead,’” said Hamilton. Hoping the community can enjoy the beauty of the plant while it lasts, Hamilton encouraged more people to drive by and admire its beauty. “Hopefully people can come and see it before it dies,” said Hamilton.