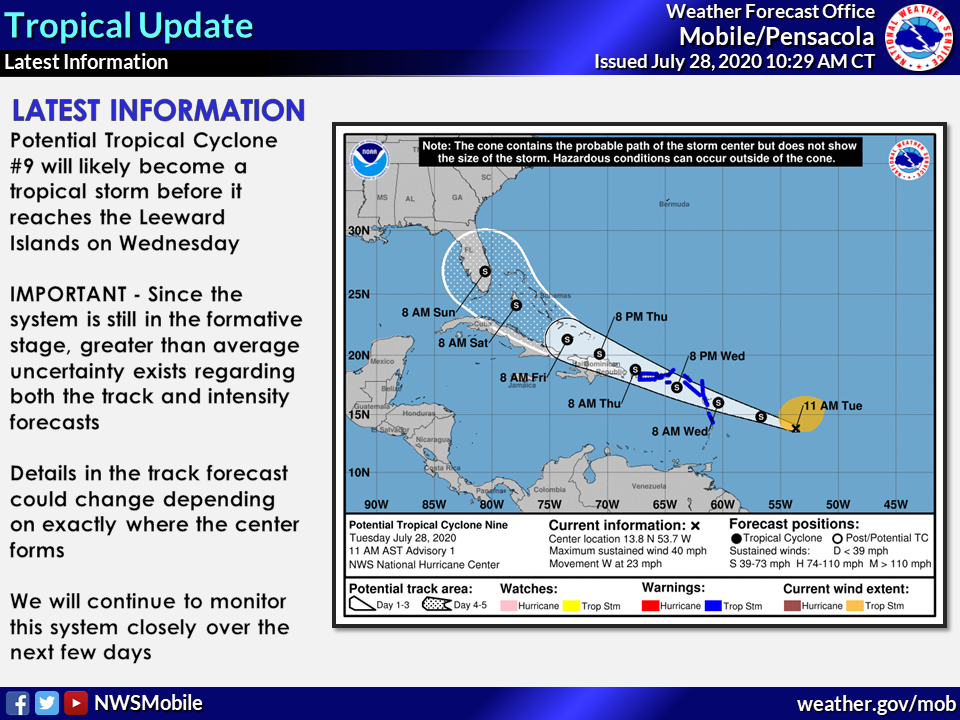 The National Hurricane Center has started a forecast track for Potential Tropical Cyclone Nine.
Currently the system is located several hundred miles east of the Lesser Antilles. According to the NWS, this system will likely become Tropical Storm Isaias (ees-ah-EE-ahs) before reaching the Leeward Islands.
A portion of the forecast cone does include the far Eastern Gulf late Saturday night into Sunday morning. As reported by the NWS, a weather pattern will have meanwhile set up over the eastern to south central states that will favor the system gradually turning to a more northward movement. At the time of press, there is a large amount of uncertainty since it is still developing and is currently oriented as an elongated area of low pressure. This makes the forecast track have a lower confidence than normal.
Today, Showers and thunderstorms are likely mainly after 1 p.m.
Clouds will remain Thursday, but a sunny Friday is coming.
According to the NWS, the weekend will be a mixture of scattered thunderstorms, with highs in the mid-90s.
For more information visit forecast.weather.gov.